The first mosque you see after arriving in Bandar Seri Begawan will be the Brunei International Airport Mosque.

This is a smaller mosque with a big blue dome and three minarets. The mosque isn’t open to tourists, but you’re welcome to snap some photos from the outside.

One of the best spots for taking photos of it is from the 2nd floor of the airport parking area. 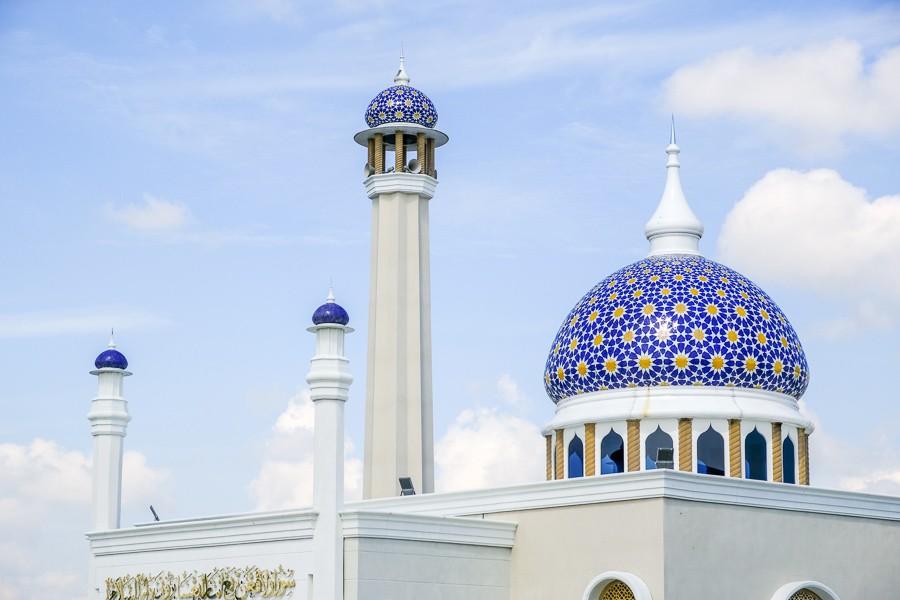 How To Get To The Mosque

As you exit the Brunei International Airport (BWN), the mosque will be visible on your right.

It’s just a 5 minute walk from the ground level airport doors to the mosque.

This little airport mosque is like a teaser for the giant landmarks you can see in Bandar Seri Begawan.

The two best mosques to see in the city are the Jame’Asr Hassanil Bolkiah Mosque and the Sultan Omar Ali Saifuddien Mosque. Both of these are pretty easy to reach from the BSB airport.

Don’t forget to check out my complete Brunei Travel Guide with tips, info & photos before you go!