20 Brunei Pictures That Will Make You Want To Travel

This is a collection of Brunei pictures from my latest visit to Bandar Seri Begawan.

Brunei is a tiny, oil rich Muslim country on the island of Borneo in Southeast Asia, and its capital city (BSB) only has a population of about 100,000 people.

According to the UNODC stats, it ranks as one of the safest countries in the world. Brunei is mostly overlooked by tourists, but there are dozens of big, fancy mosques here that are worth checking out.

Even if you’re not a big architecture buff, it’s easy to admire the intricate showy designs, especially when you throw in some palm trees and blue skies in the background (this is Southeast Asia, after all).

Hopefully these Brunei pictures inspire you to visit! 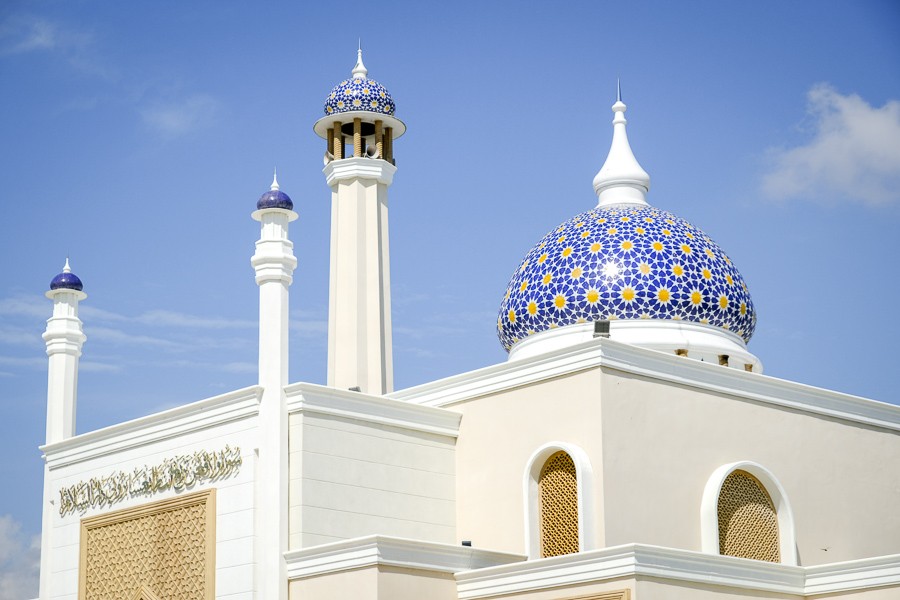 This airport mosque is the first thing that greets you as you come into the country of Brunei. 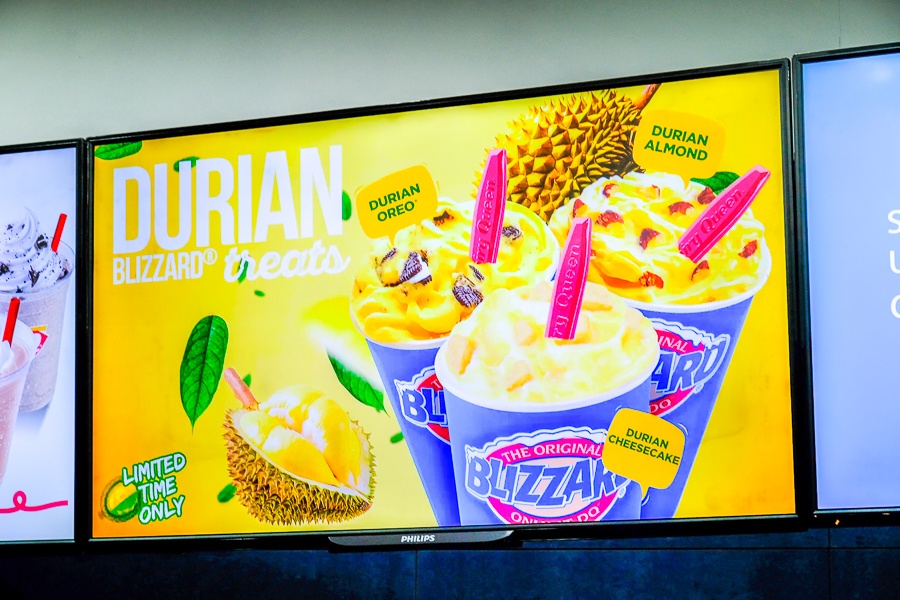 Hungry? The Dairy Queen in Brunei sells blizzards made out of the notoriously bad smelling Durian fruit. 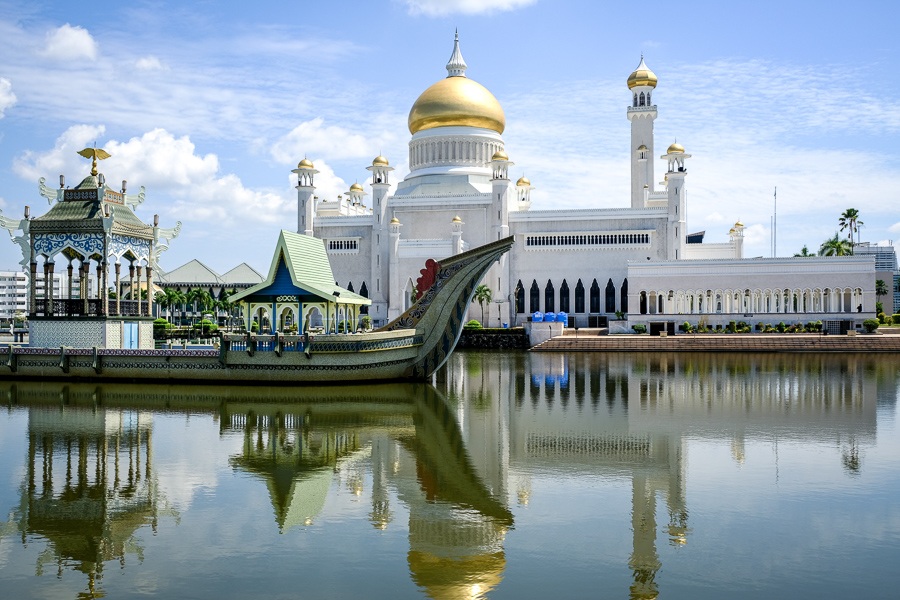 Sultan Omar Ali Saifuddien mosque is a great place to take Brunei pictures. It’s the most famous monument in the country. 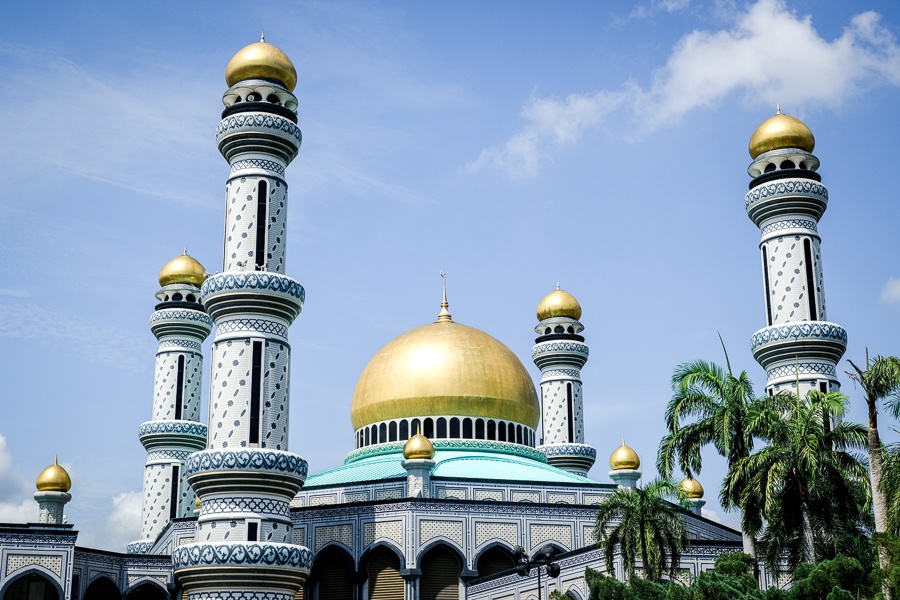 Another iconic monument in Brunei is the Jame’Asr Hassanil Bolkiah mosque. 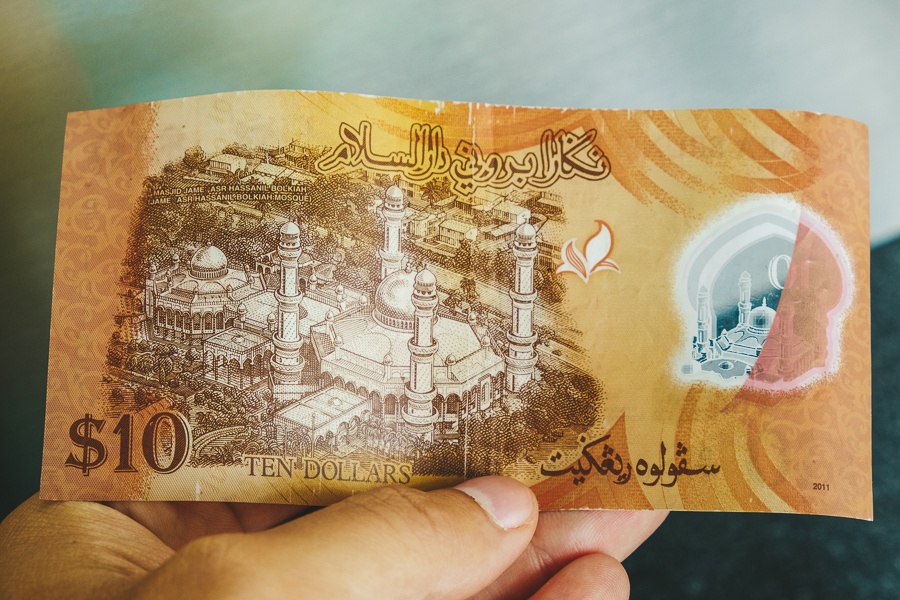 The Bolkiah mosque can be seen on the $10 Brunei Dollar note. 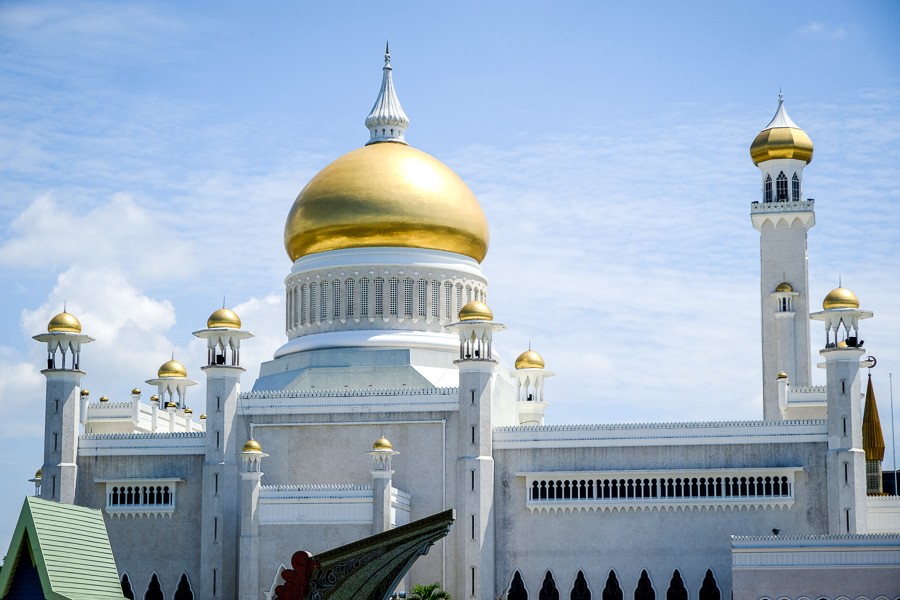 The big dome on this mosque is supposedly made of pure gold. 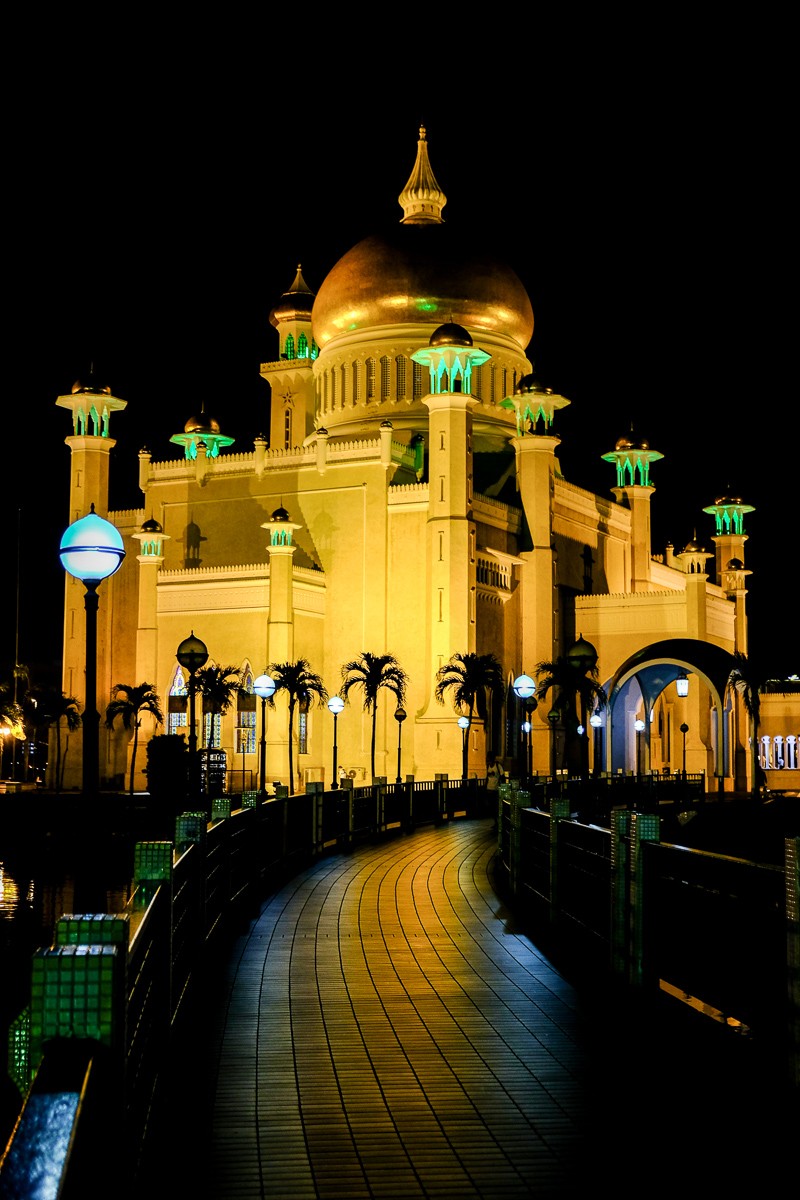 The Ali Saifuddien mosque is lit up at night and looks extra impressive. 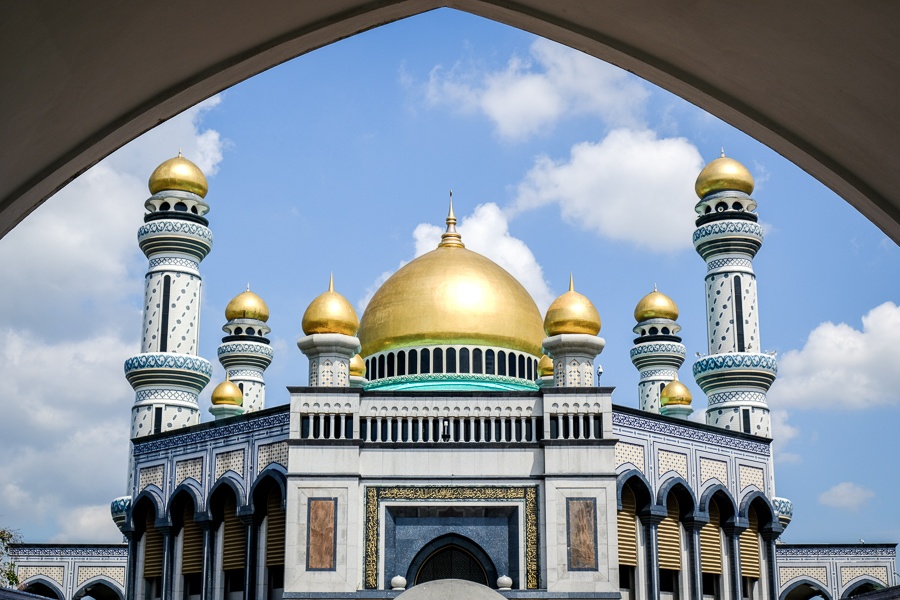 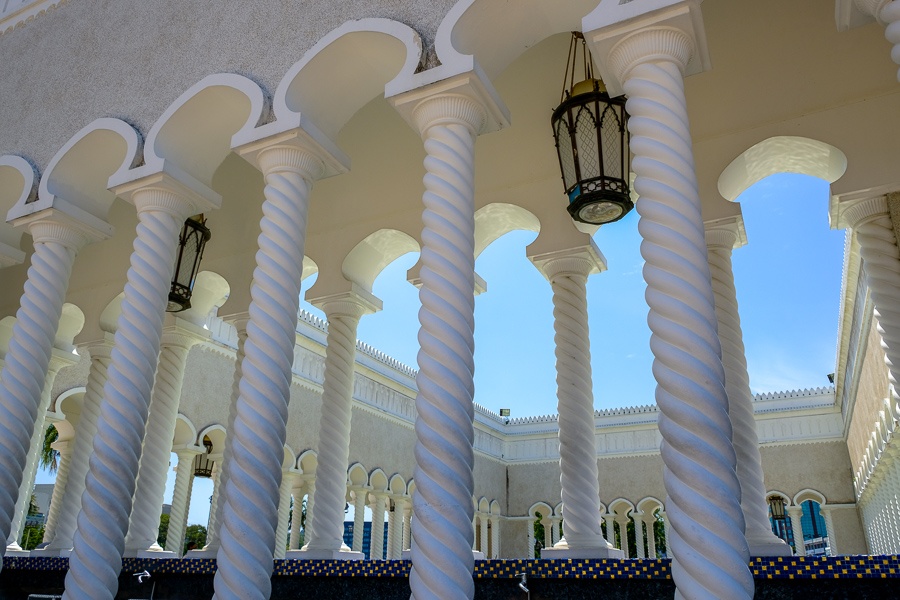 You can see these intricate walkways at the Ali Saifuddien mosque. 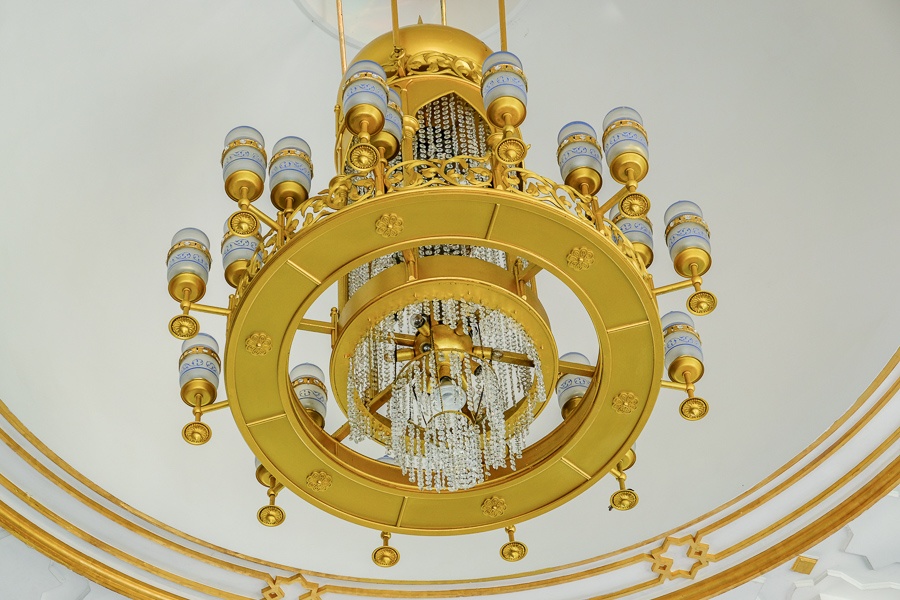 The chandeliers in the entryway are ultra fancy. 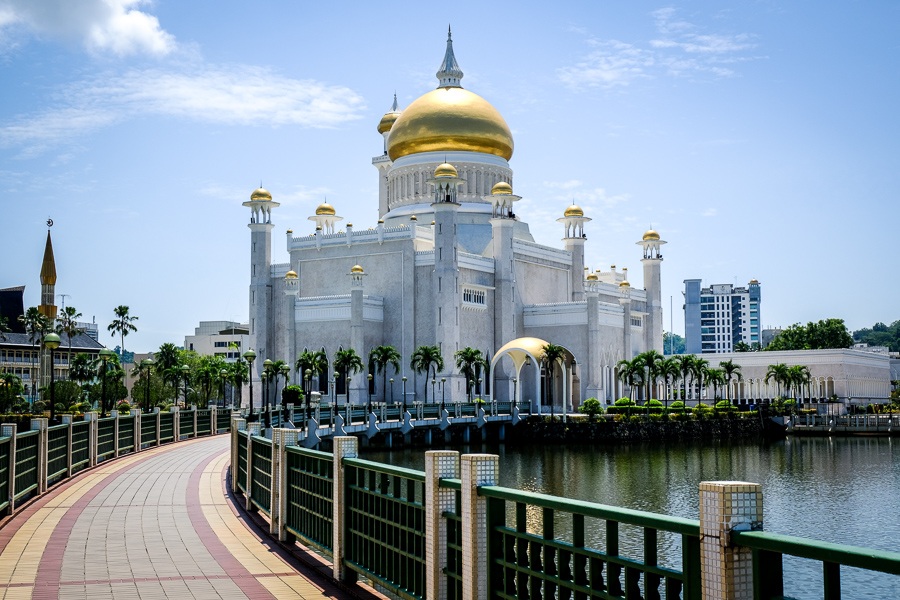 This mosque shows up on all the fridge magnets and other souvenirs in Brunei. 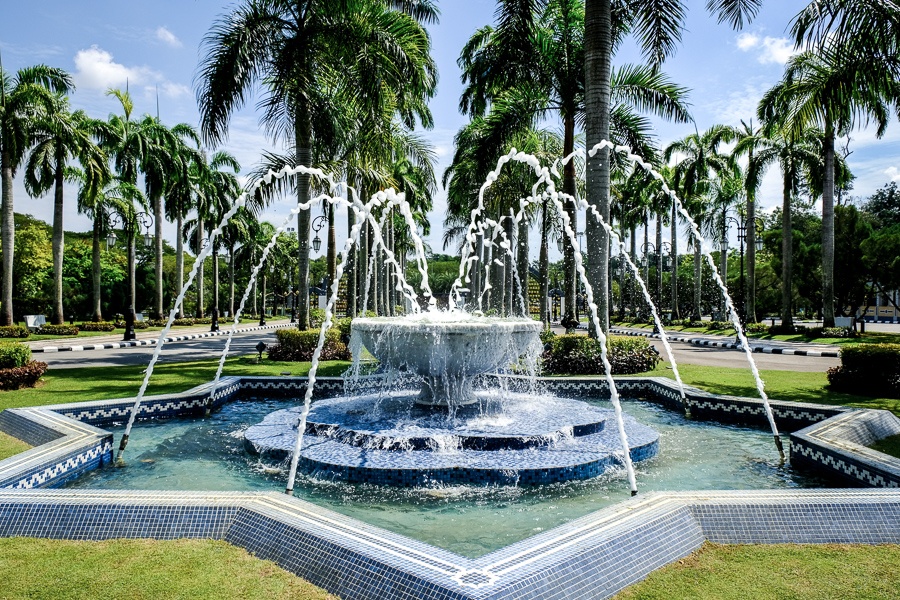 The courtyard area at Bolkiah mosque has all kinds of fancy decorations like this fountain. 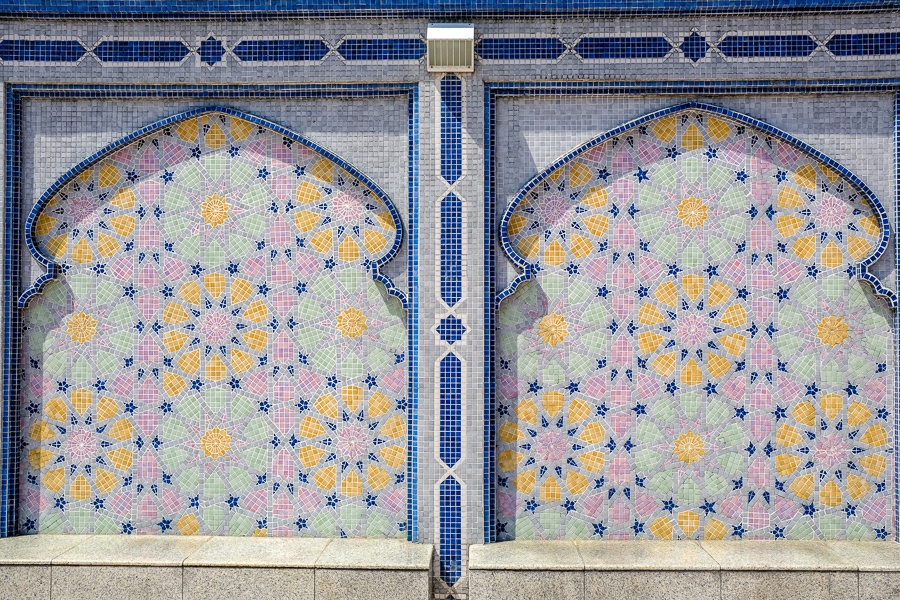 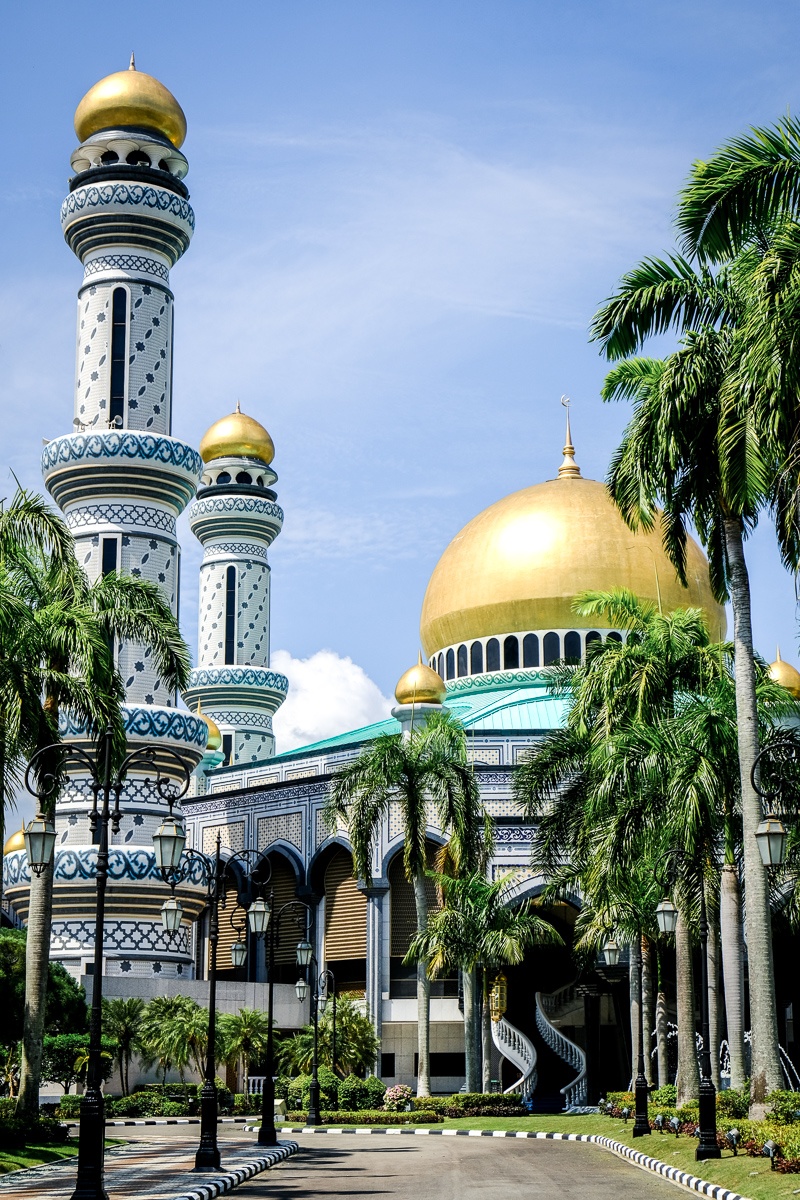 See the windy staircase? The Hassanil Bolkiah mosque looks incredible from a distance. 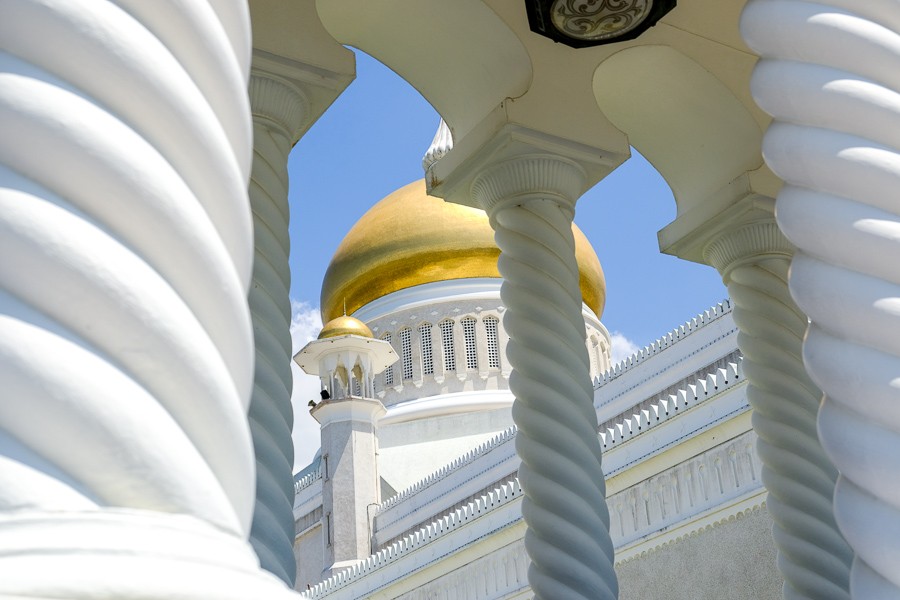 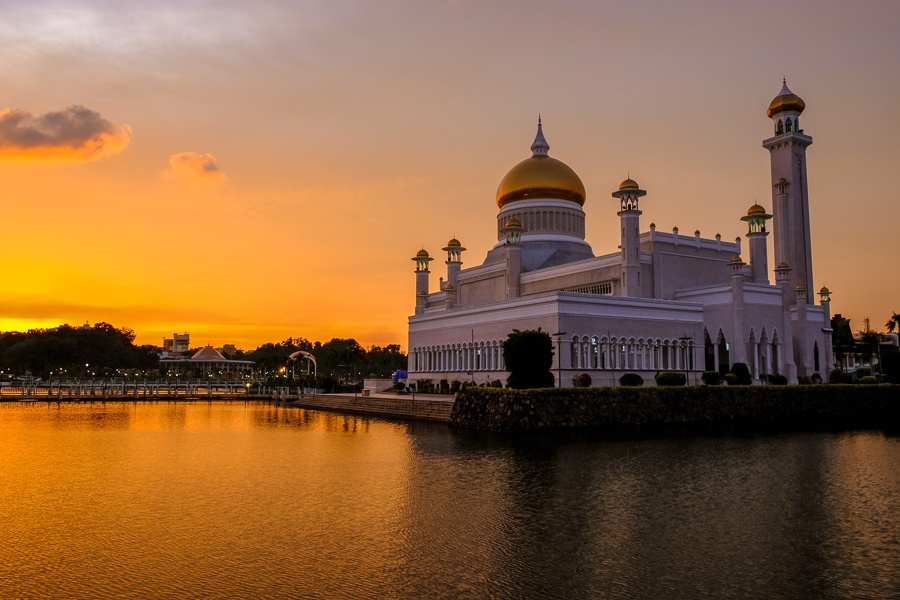 The lagoon by the mosque is a great place to catch the sunset. 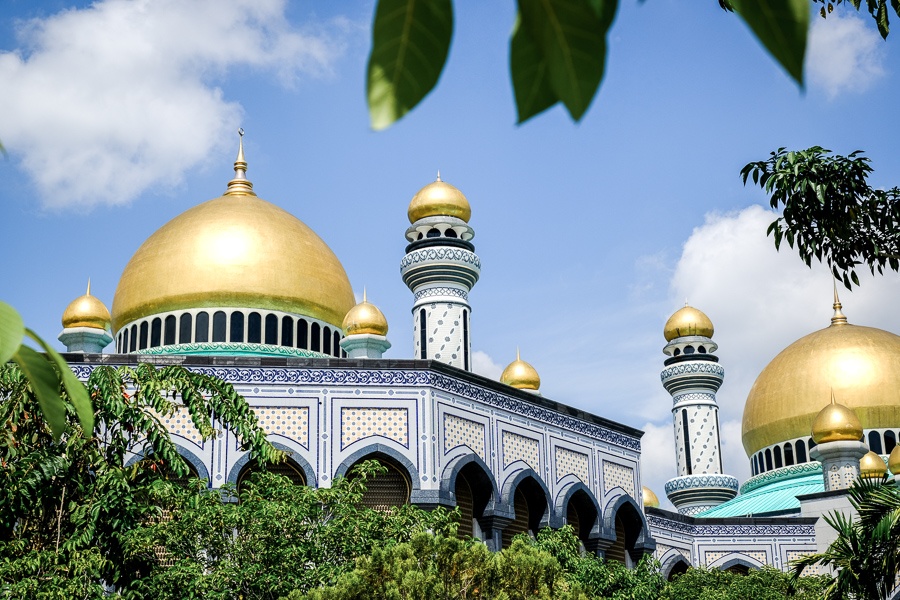 Tropical scenery + Islamic type architecture. This is what mosques look like in SE Asia. 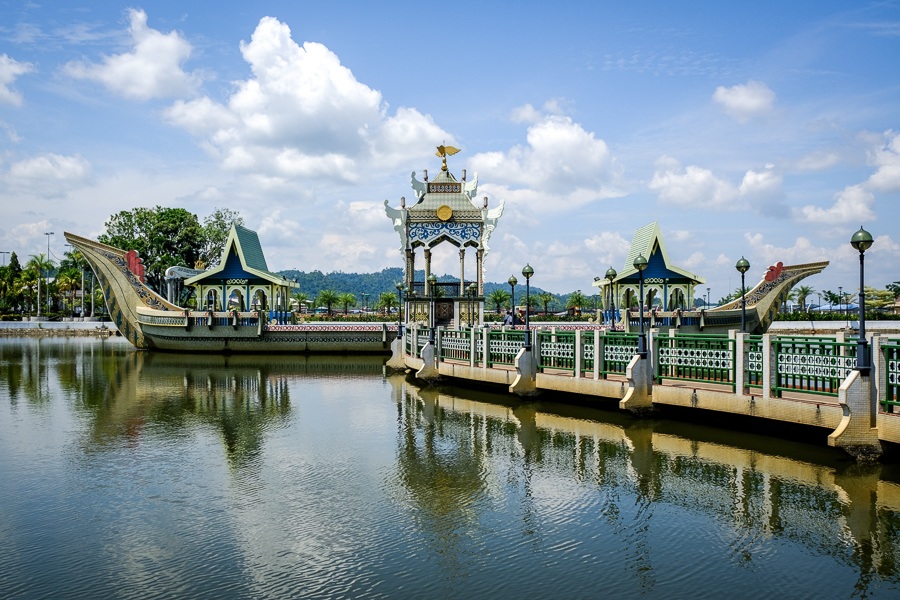 You can walk out on this ceremonial barge near the Ali Saifuddien mosque. 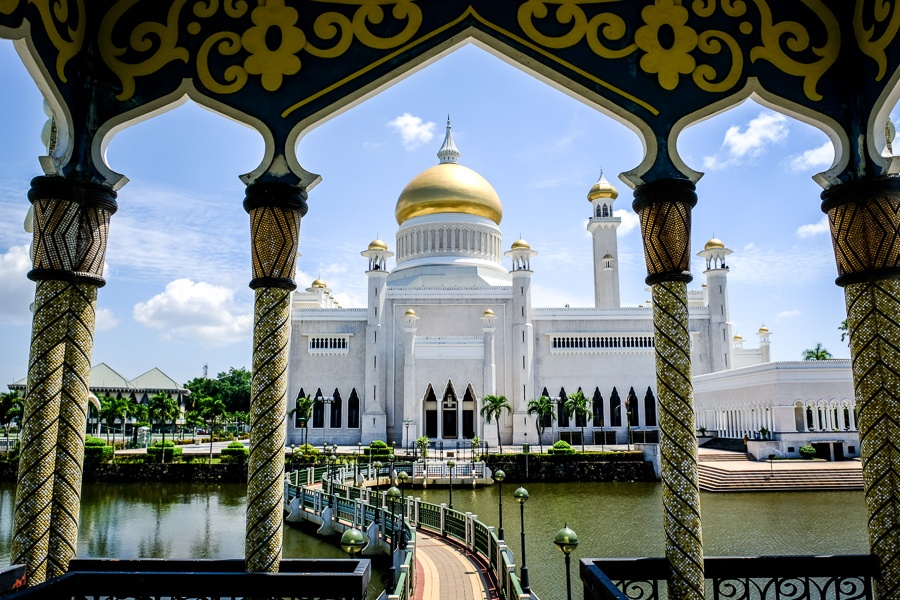 Doesn’t this view look like something straight out of a Disney movie? 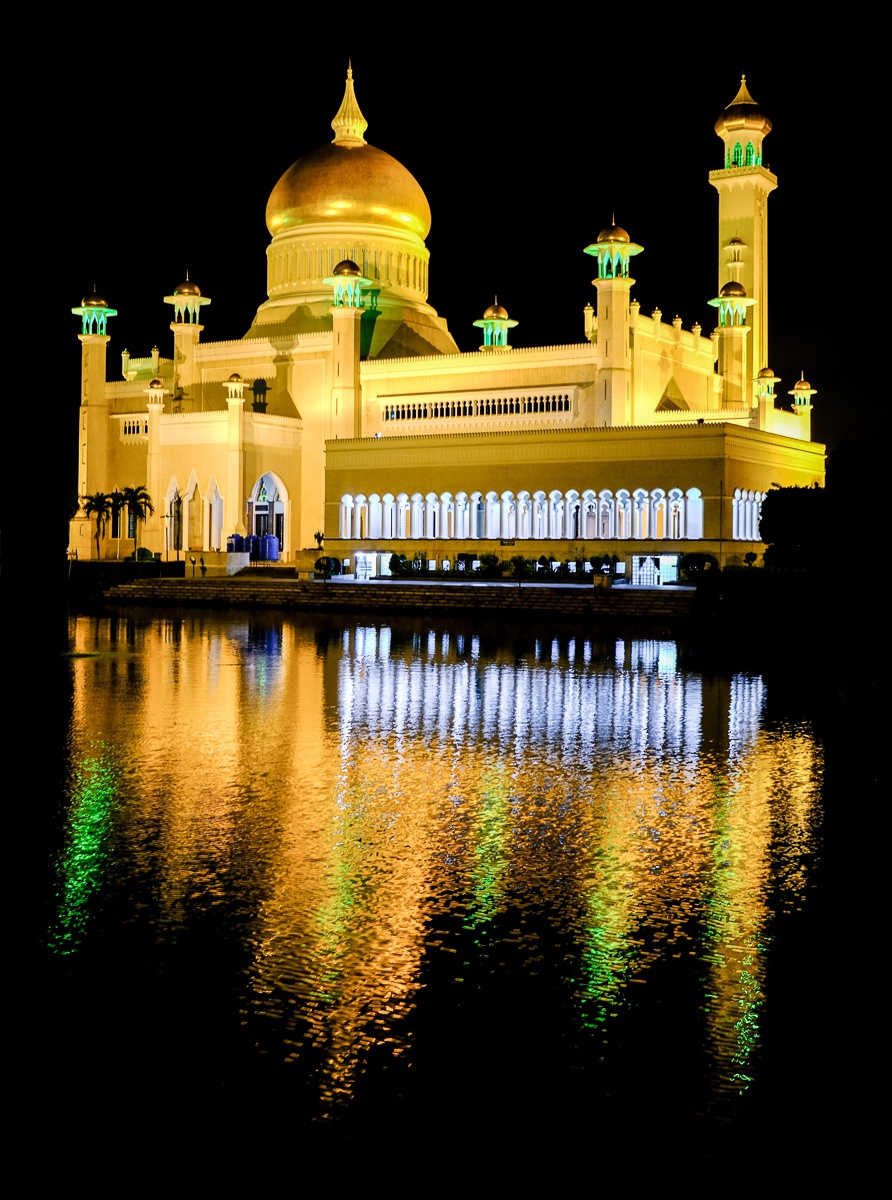 The same mosque at night is even more incredible. It looks like a floating palace!

Thanks for looking! Hopefully you enjoyed these Brunei pictures.

Wondering what type of camera, drone, or other gear I use?

I’ve put together a list of My Camera & Travel Photography Essentials to help you get started!

Shark Bay Koh Tao - Bay & Beach In Koh Tao, Thailand
Alas Kedaton Monkey Forest & Flying Foxes in Tabanan, Bali
How To Get To El Nido, Palawan In The Philippines
31 Bali Pictures That Will Make You Want To Visit Indonesia

Mornings in Kintamani. One of the most underrated

Volcano in the clouds! These are some drone pics

Up close with the world’s biggest lizard, the Ko

Standing in a rainbow at one of Java’s best wate