Kapas Biru Waterfall is the first of a trio of awesome waterfalls that can be visited on a day trip from Malang or Lumajang, East Java.

Also known as Air Terjun Kapas Biru (in Indonesian), this is a huge waterfall set against an orange rock wall, surrounded by prehistoric looking jungles and giant bamboo trees.

The name Air Terjun Kapas Biru means ‘blue cotton waterfall’ and probably comes from the hazy blue color of the falls in the evening.

The hike is pretty straightforward and only takes about 30 minutes one way. The way back is very uphill though, so you may want to bring some water.

There’s one slightly sketchy section where you climb down a ladder, but it’s not too bad and only takes a minute to be done with. When you reach a clearing with some rice paddies, you’ll know you’re almost to the waterfall!

There are some great photo spots near the waterfall, including a group of huge bamboo trunks you can peek through for a creative shot. It’s a photographer’s paradise, but keep in mind there’s a lot of tree cover here so the lighting gets pretty dim later in the afternoon.

I managed to do some drone filming too before packing up. You can see some of these shots in my drone video of Indonesia on YouTube. 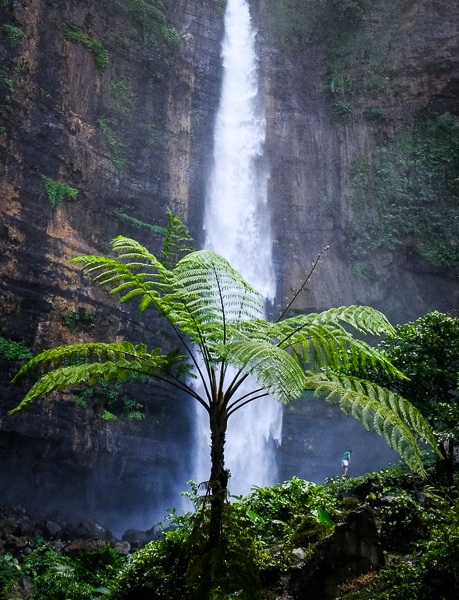 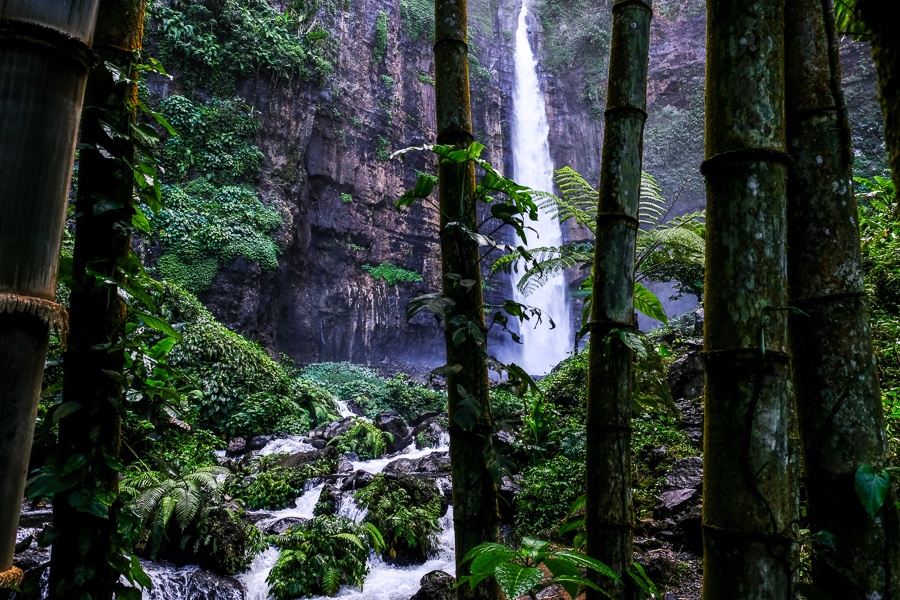 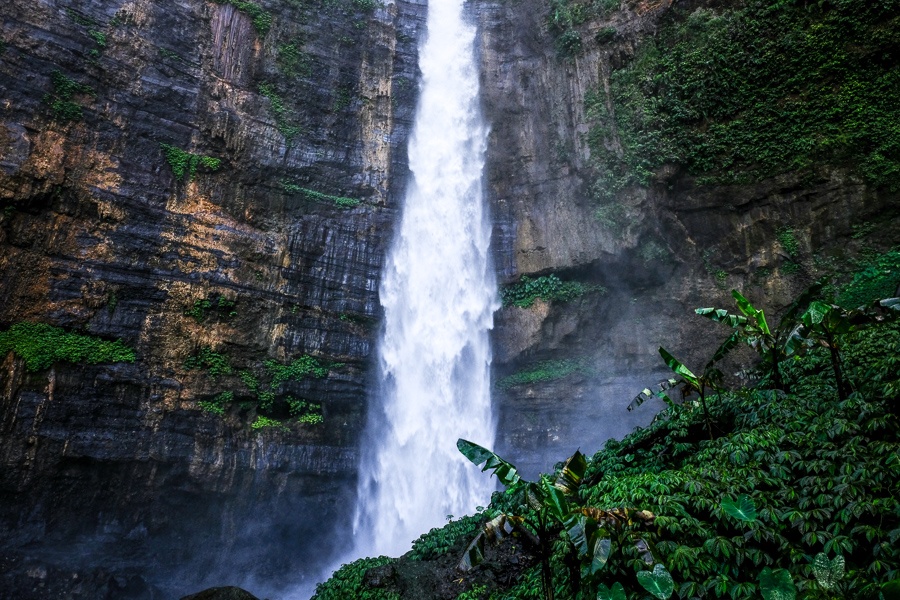 If you continue hiking past the first waterfall, there’s a second one called Coban Sriti. Unfortunately, we got a late start and ran out of time before we could visit this one.

From Kapas Biru, it takes another 20-30 minutes of hiking, and multiple river crossings, to reach Coban Sriti.

The whole trail is unstaffed and there’s no entry fee.

How To Get To Kapas Biru Waterfall

The nearest airport is Abdul Rachman Saleh (MLG) in Malang, which has direct flights from Bali (DPS). You can also reach Malang easily by train from Yogyakarta, which is what we did.

The best way to visit the waterfalls is with a driver on a day trip from the city of Malang, and this gives you time to visit 3 amazing waterfalls in one day — Tumpak Sewu, Kabut Pelangi, and Kapas Biru. More details below.

Klook has a great Kapas Biru + Tumpak Sewu Waterfalls Tour for 350k IDR ($23 USD) per pax for 2-3 people, or less if you have a bigger group.

This is a full day trip from Malang and it has very positive reviews. We’ve used Klook for lots of tours and activities around the world, and they’ve always been great!

The best place to base yourself for these waterfalls is Malang. There are lots of good restaurants and hotels to choose from, and the city is easily accessible from Bali or Yogyakarta.

The value was insane! We will definitely come back. Prices may fluctuate from time to time, so just keep an eye out for a good deal.