Todaiji Temple in Nara Prefecture is one of Japan’s biggest and most spectacular landmarks.

This massive ancient monument has a lot of cool history behind it. It was the world’s biggest wooden building for a millennium, and it houses the biggest bronze Buddha statue in the world.

We’ve visited Todai-ji a couple of times and it’s a must-see. It’s super easy to visit on a day trip from Osaka or Kyoto, so you should definitely add it to your Japan bucket list!

This travel guide will explain how to get there, and everything you need to know before you go!
Contents hide
1) History Of Todaiji
2) Visiting Todaiji Temple
3) Inside The Temple
4) When To Visit
5) Hours & Entrance Fees
6) How To Get There
7) Where To Stay In Kyoto
8) Where We Stayed

Nara was the ancient capital of Japan during the 8th century, and a bunch of important temples were built there.

Some of these, including Todaiji, were built to try to gain divine protection for Japan after a major smallpox epidemic devastated the country and wiped out 1/3 of its population.

Todaiji took 15 years to build. After being finished in 752 AD, the main building at Todaiji Temple was the biggest wooden building in the world for more than 1,000 years.

It was destroyed by fire and rebuilt twice over the centuries, so even though the current building is huge, the original was actually 30% bigger!

The giant Buddha statue inside weighs over 500 tons, and more than 350,000 people were involved in making it. Both the temple and statue have been damaged by earthquakes and fires over the ages, but they’ve been faithfully repaired each time.

Nowadays, Todaiji is recognized as a UNESCO World Heritage site and it gets more than 2 million visitors per year. 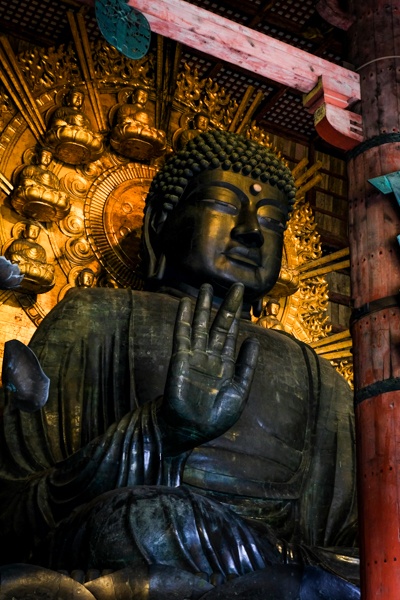 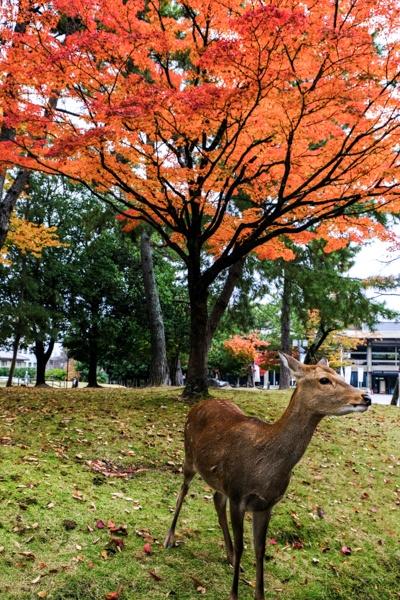 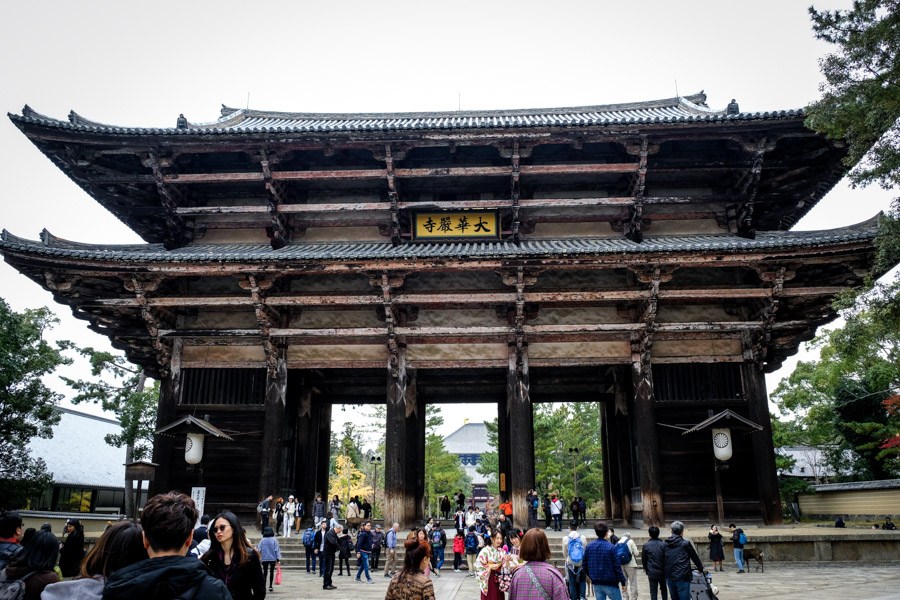 The ancient Nandaimon gate in front of Todai-ji Temple

Todaiji Temple sits next to Nara Park and a bunch of other interesting sights.

On the way to Todaiji, you’ll walk through the famous Nara Deer Park where hundreds of deer are roaming around freely in public. They’re super friendly to people, and you can pet them or feed them crackers for 200 Yen.

Next, you’ll see the old wooden Nandaimon Gate, a huge gate that is obviously feeling its age and has two Japanese demon statues inside guarding the entrance.

Continue on the path and you’ll reach the main hall of Todaiji Temple. It’s surrounded by a wall in front, and you have to buy tickets to go inside.

Todaiji is massive in scale, but the inside grounds are pretty bare, so you can walk through everything in about an hour or so.

Inside the building, you can see the giant Buddha statue and some other interesting artifacts from the temple’s history. If you’re up for a challenge, there’s a pillar in the back of the building with a hole you can try to crawl through.

The scale of the front doors and everything else at this temple is just epic. All in all, it’s one of Japan’s top sights! 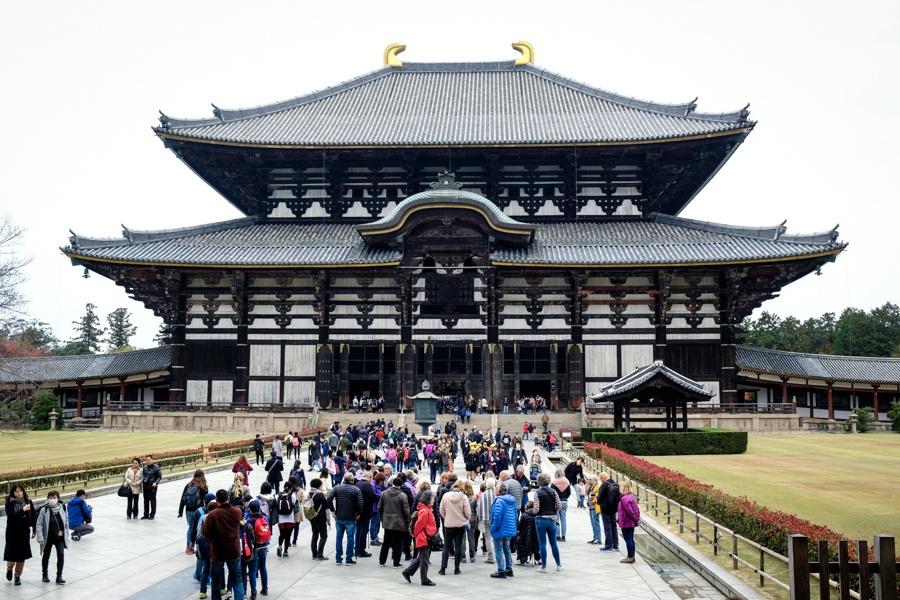 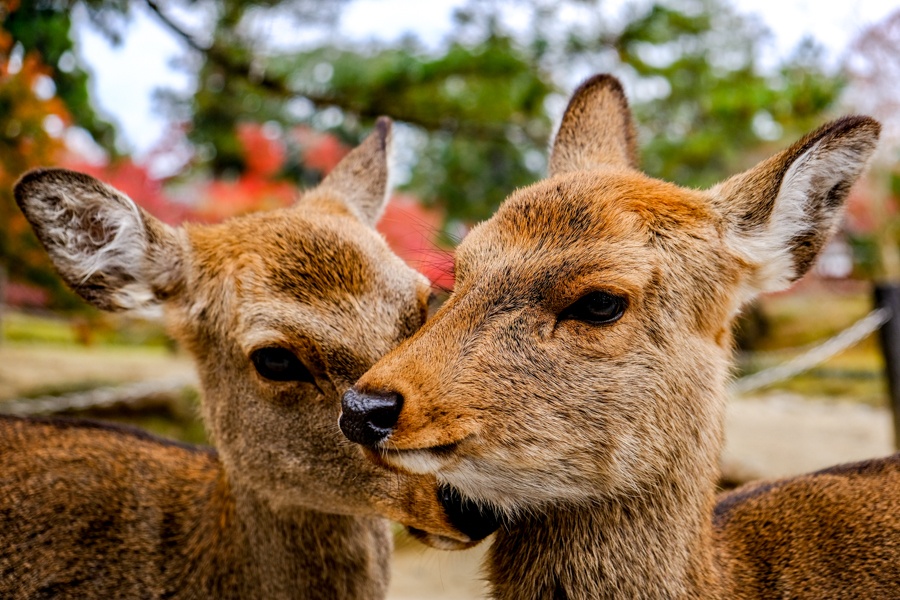 Any time of day is good for visiting Todaiji, although it can get a bit more crowded by noon.

Nara isn’t really known for being a top place to see koyo (fall colors), but you can still see some bright red leaves on a few of the trees.

We went in mid-November and it was at its peak. 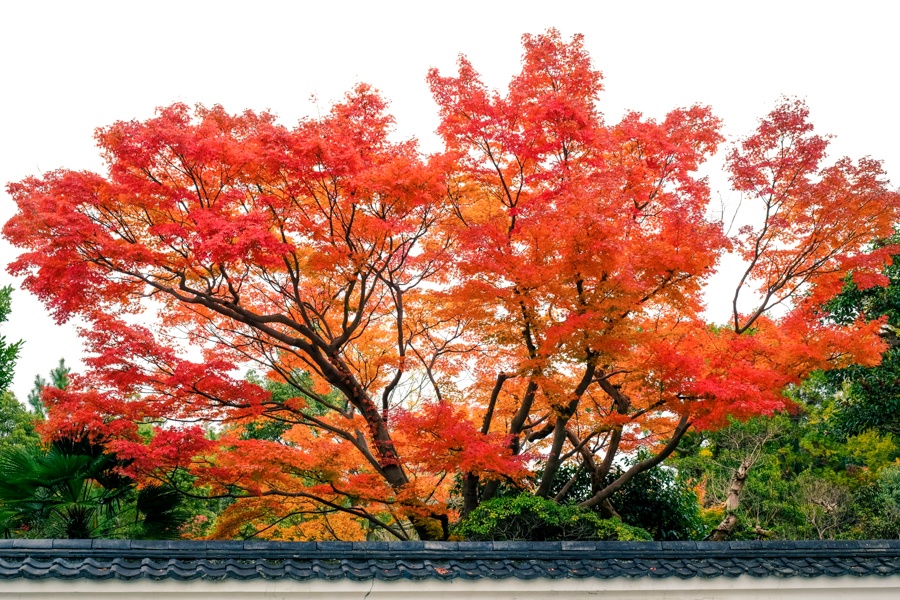 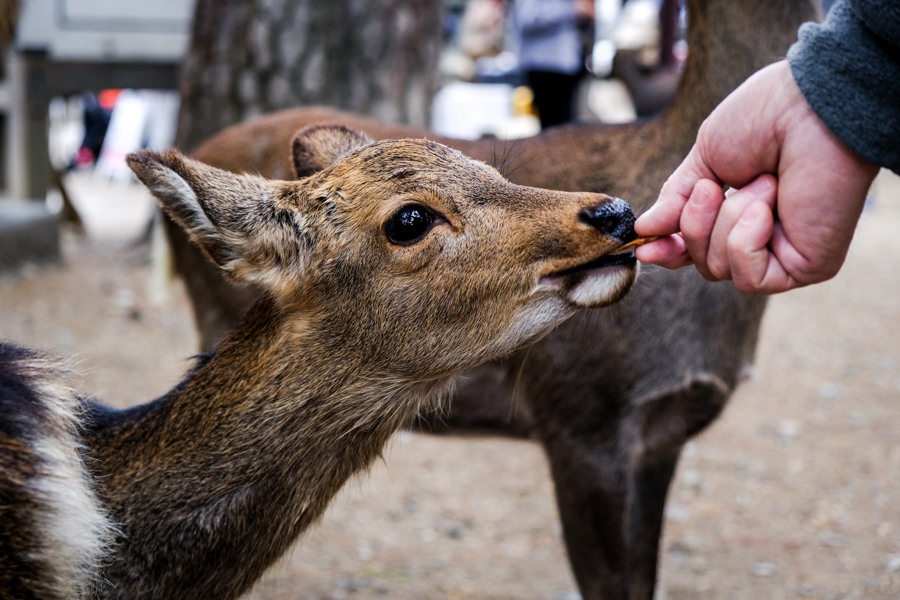 Todaiji Temple is located just east of Nara city, and it’s easy to reach from either Osaka or Kyoto.

From Kyoto, it’s a 30-60 minute ride south on one of the Kintetsu rail lines.

From Osaka, start at Namba Station and then it’s a 45 minute ride east on the Kintetsu lines. 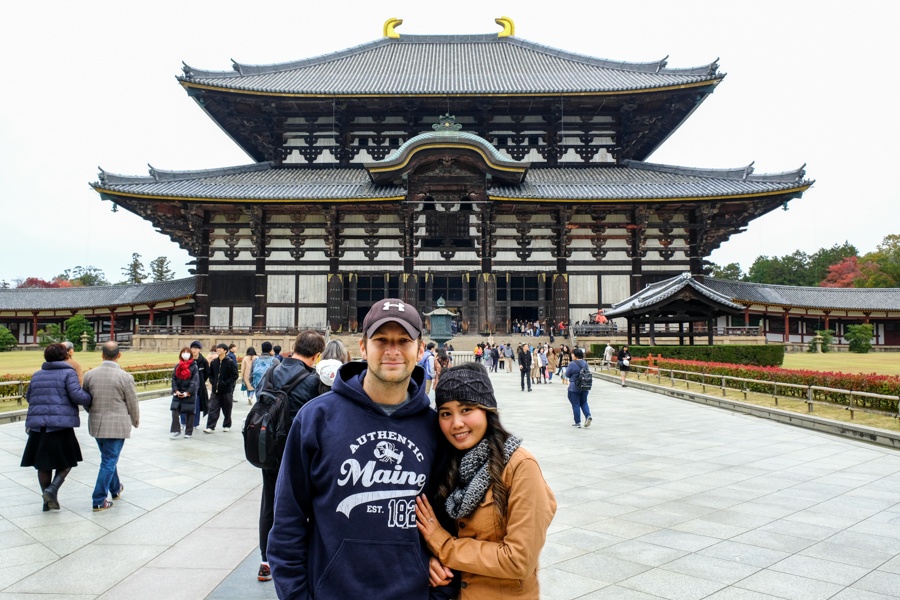 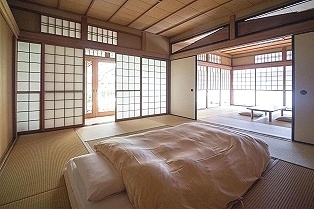 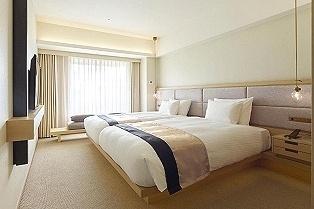 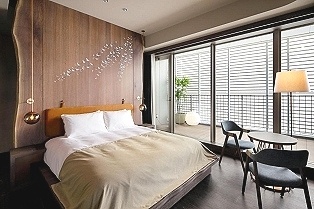 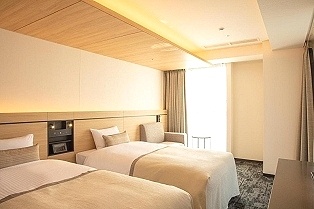 We stayed at Hotel Mikado in Osaka for 4,000 Yen ($30 USD). As a solo traveler or couple, you won't find a better budget hotel in Japan!

For this price we got a clean, private room with heat/AC, fridge, TV, and super fast WiFi. The room is a little small but comfy, and bathrooms are shared, but that's the norm in Japan.

The location was perfect -- just a 2 minute walk from restaurants and the train stations, and only a 15 minute ride to Osaka Castle and Dotonbori shopping street. We also made day trips to Himeji, Kyoto, and Nara! 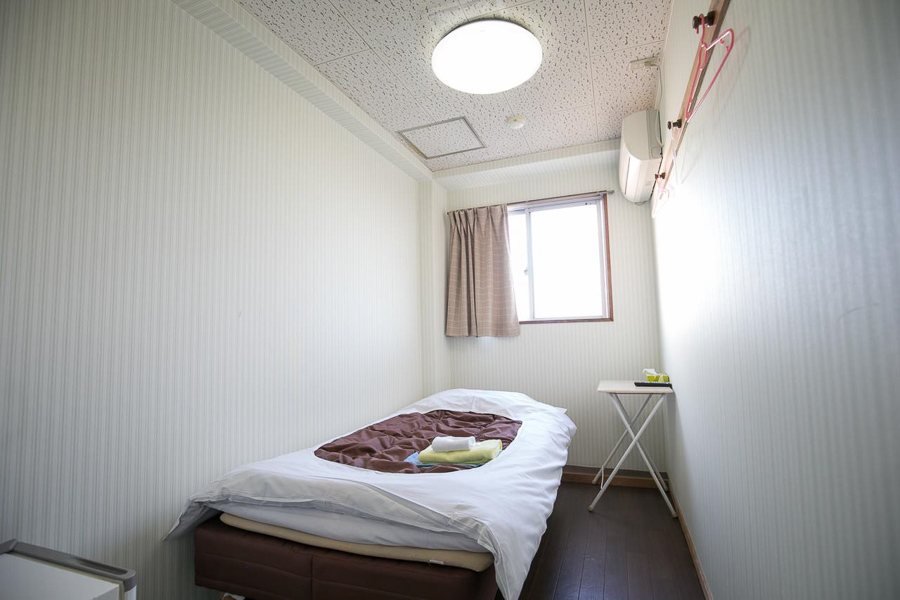