13 Best Things To Do In Tokyo Japan – Food, Temples, & Castles

Tokyo Japan is commonly rated the world’s #1 city for travel, and there are so many things to do.

Even though it’s the largest metro area in the world, it’s also one of the safest and easiest to get around, thanks to Japan’s convenient rail system.

Here’s our list of some of the best things to do in Tokyo Japan! Most of these are free or can be done on a pretty modest budget!

Best Things To Do In Tokyo Japan

No Tokyo trip would be complete without a visit to the Samurai museum in Shinjuku. You can see swords, armor, helmets, guns, and more historical stuff here.

The entrance fee is a little on the high side, but it includes a free guided tour in English.

After the tour you can get your photo snapped wearing a Samurai helmet, or you can even wear a full Samurai costume if you want! 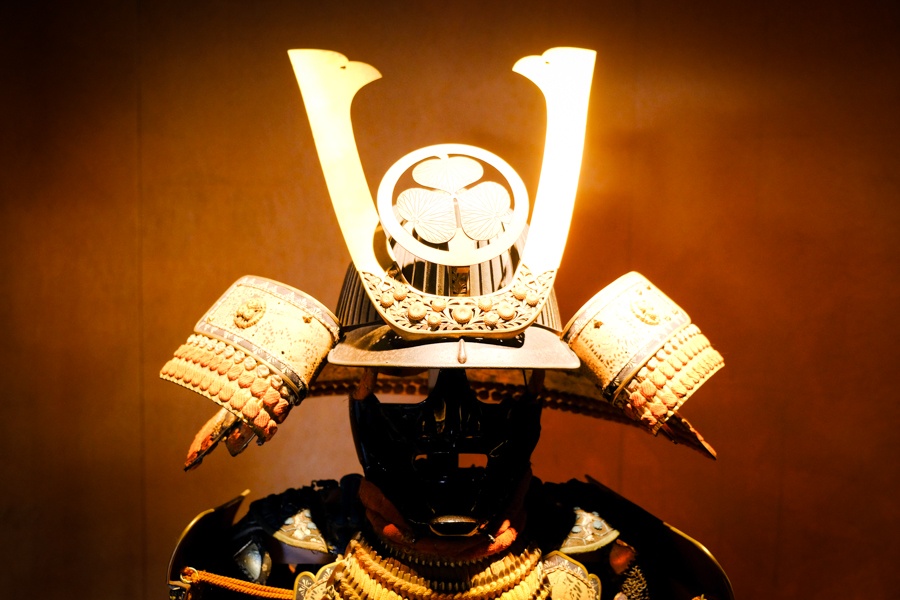 The Shinjuku district is a good place to try some Japanese eats. One of the most famous spots is the Omoide Yokocho alleyway, where you can find all kinds of grilled meat skewers and other things in a laid back ‘street food’ type setting. 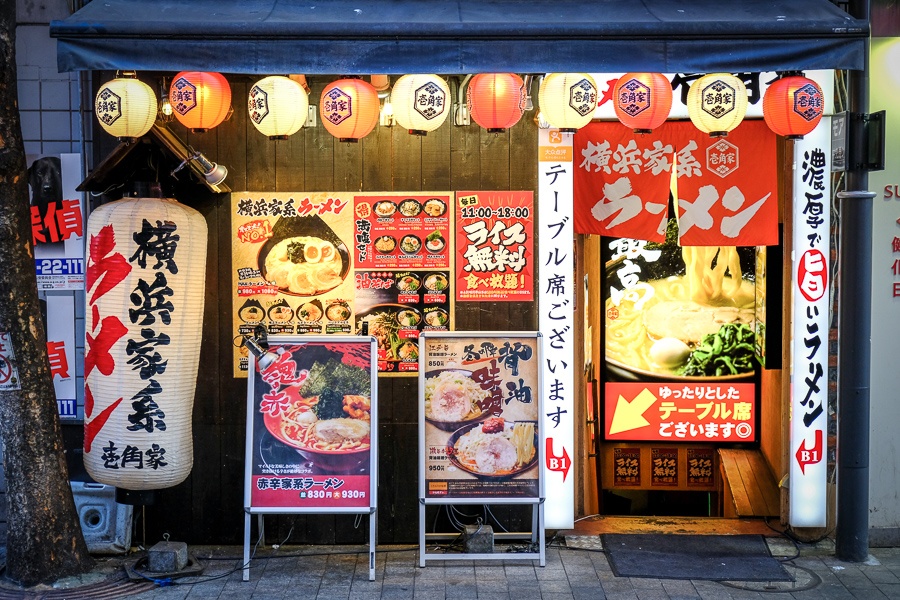 The Shibuya Crossing is famous as the busiest pedestrian crossing in the world — as many as 3,000 people cross the intersection at a time!

It’s fun to watch the sea of people crossing the street, especially on a weekend. This also happens to be a great area for shopping or eating, so you’ll want to stick around.

This is the major electronics district of Tokyo. You can find anything related to electronics here, but it especially caters to anime/manga and video gaming. The SEGA and Nintendo retro game shops here are fun to explore. 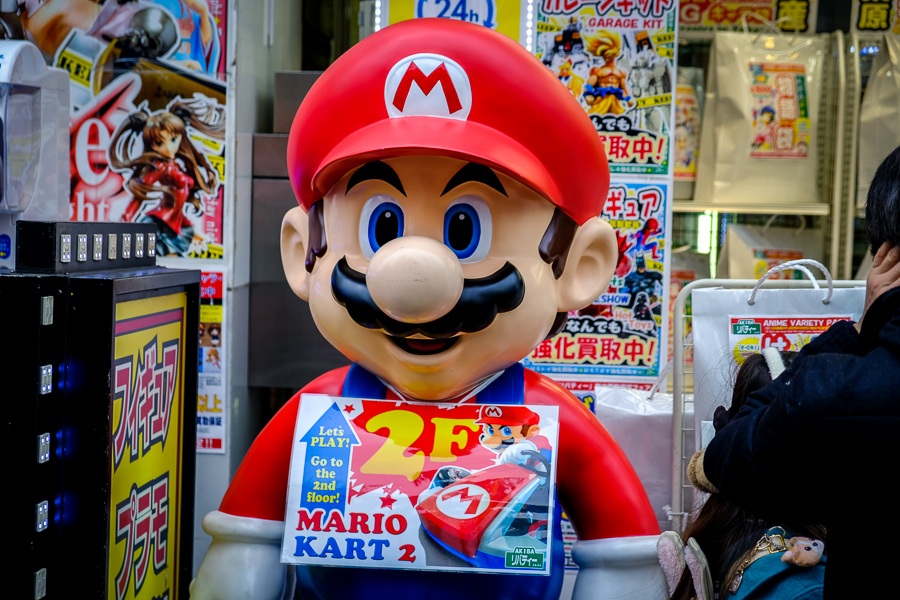 Of course you can’t leave Tokyo without doing some souvenir shopping.

There’s the usual assortment of fridge magnets and keychains, or you can bring home an artsy paper fan, ceramic bowl, kimono, or Japanese knife.

The Shinjuku and Shibuya districts are two of the best for shopping, but we also found some great souvenirs in places we didn’t expect it, like the street stalls at Sensoji Temple.

It’s always fun to travel by train, and Japan has some of the best. The trains here are very efficient and some of the rural routes can be incredibly scenic.

Japan’s futuristic bullet trains are called ‘shinkansen’ and they’re especially fun to ride since they can go hundreds of kilometers per hour.

You can ride these on the JR East and JR Central lines near Tokyo.

The Skytree is the tallest tower in the world, and the 2nd tallest building in the world (after the Burj Khalifa in Dubai). From the top of this tower you can get some great views of the Tokyo cityscape. 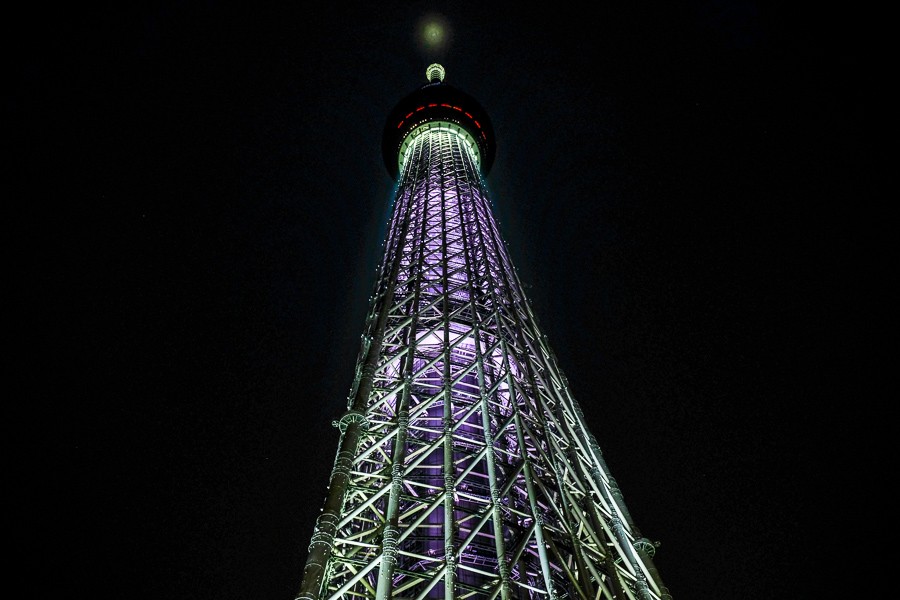 Sensoji is the biggest and most popular temple in Tokyo. It’s also the oldest, since it was built in the 7th century.

If you only visit one Japanese temple during your time in Tokyo, this is the one to see! On the outside, it has a 5-story pagoda and a giant paper lantern that’s popular for photos.

Sensoji also happens to be a great place for souvenir shopping. We found lots of great stuff in the street shops surrounding the temple.

All in all, Sensoji was one of our favorite things to do in Tokyo.

Kawasaki Daishi is one of the nicer temples in the Tokyo area, in Kawasaki City.

It may not be quite as big and famous as the one at Sensoji, but it’s worth a stop if you’re looking for more things to see in Tokyo.

This one was originally built in the 12th century, but it was mostly destroyed in World War II. Even though the current building is a reconstruction, it’s still pretty impressive and looks authentic.

There are lots of kimono rental shops in Japan where you can rent the country’s famous traditional dress for a day.

My wife rented a kimono in Tokyo and we headed over to the famous Shibuya Crossing — perfect photo spot!

If you ask the locals, they aren’t offended at all by foreigners wearing the kimono. Japanese people like to see others enjoying their culture.

Kamakura is one of the closest day trips you can take from Tokyo since it’s just 1 hour south of the Tokyo city center. Some top tourist sights here are Hasedera Temple and the giant Buddha statue at Kotoku-in.

Japan has lots of Samurai castles left over from its medieval period. These fortresses are impressive works of art and they can be fascinating to explore.

If you run out of things to do in Tokyo city, Matsumoto is an awesome black and white castle that you can visit on a day trip from Tokyo.

This is one of Japan’s top 3 Samurai castles, along with Himeji and Kumamoto.

One of the best winter day trips you can do from Tokyo is to visit the Snow Monkey Park near Nagano.

This is a long day trip (ideally it’s better to do as a 2 day trip), but you get to hang out with Japanese snow monkeys in the mountains and watch them soak in the natural hot springs.

The monkeys are hilarious to watch, and photo ops are endless. There’s a bit of easy hiking required, but the snowy view along the way is one of the best parts of the trip.

Thanks for looking! I hope you enjoyed this list of some of the best things to do in Tokyo Japan.

Don’t forget to check out my complete Japan Travel Guide for more tips, info, and photos!