Thailand’s Phang Nga Bay is loaded with exotic island scenery, and one of the best things to see in the bay would have to be the famous James Bond Island, with its unusual balanced rock.

Also known as Nail Island or ‘Ko Ta Pu’ in the Thai language, James Bond Island got its current nickname when the location was featured in the 1974 Bond movie ‘The Man with the Golden Gun.’

Nowadays, Phang Nga Bay is a national park in Thailand where you can go kayaking and see dozens of amazing islands with caves, mangroves, wildlife, and even a floating village called Koh Panyee.

It’s easy to visit Phang Nga Bay on a day trip (by boat) from Phuket, Krabi, or Khao Lak, and that gives you enough time to see James Bond Island and the other main sights in the bay.

This travel guide for Phang Nga Bay will explain how to get there, top things to see and do, best tour packages to use, where to stay, and everything else you need to know before you go!

The only way to visit James Bond Island is with a tour, and GetYourGuide has prearranged day tours from Phuket or similar day trips from Khao Lak or Krabi, complete with hotel transfers, boat ride, island tour, lunch, and same day return.

These day tours visit all of the top sights in Phang Nga Bay, including James Bond Island, Hong island, and the Koh Panyee floating village, and they also let you use a canoe or kayak to explore some of the limestone caves up close.

We’ve used GetYourGuide for lots of day tours and activities around the world, and they’re great. Highly recommended!

Where Is James Bond Island?

There’s no airport, hotels, or accommodation in the bay since it’s a national park, but you can easily visit from other places in Thailand. 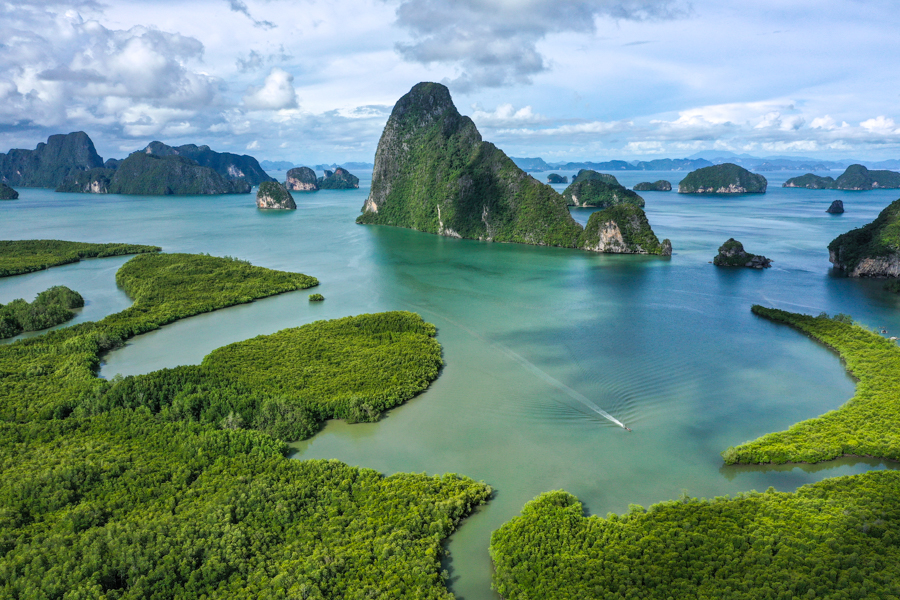 Phang Nga Bay is full of nice islands and caves

How To Get To James Bond Island Thailand

The only way to get to James Bond Island is to book a tour of Phang Nga Bay by boat. You can choose between a Thai longtail boat, big wooden boat, or speedboat, and any of these are good options.

The speedboat is fastest and you’re usually in a smaller and more private tour group, but it costs more. We’ve done the James Bond Island tour with all kinds of boats, and always had a good experience with each of them.

The closest place to fly for this is the international airport in Phuket (HKT) or the one in Krabi (KBV). Both of these airports have cheap flights from Bangkok. You can shop for flights to Thailand on Skyscanner.

There are a bunch of boat companies making the trip to James Bond Island daily from Phuket, Krabi, or Khao Lak, and they usually include hotel pickup and drop-off. Again, we recommend GetYourGuide!

The boat journey through Phang Nga Bay is stunning in its own right, with dozens of rocky islands rising out of the sea in all directions. However, one of the best parts of the trip is kayaking through the limestone caves. It’s probably one of the most amazing kayaking experiences I’ve had anywhere in the world! 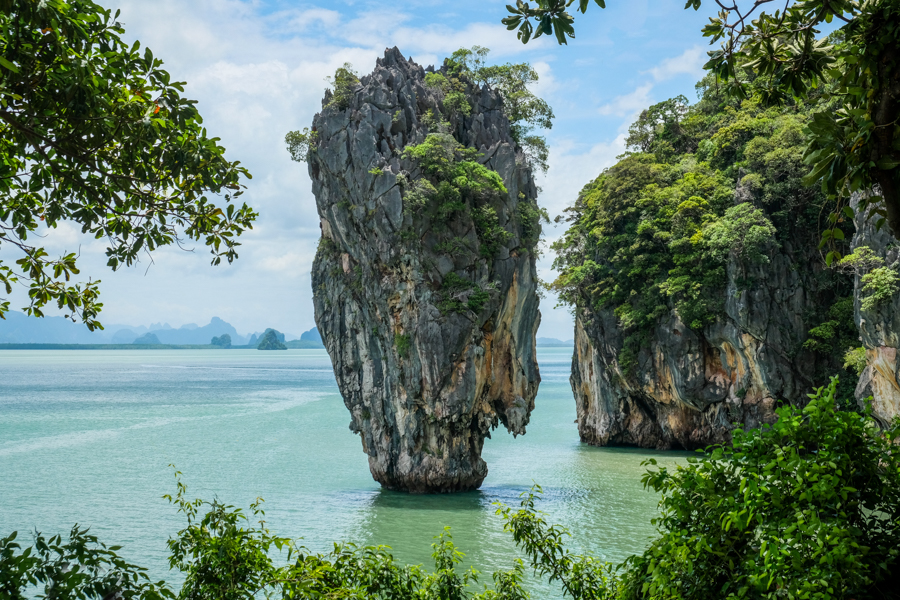 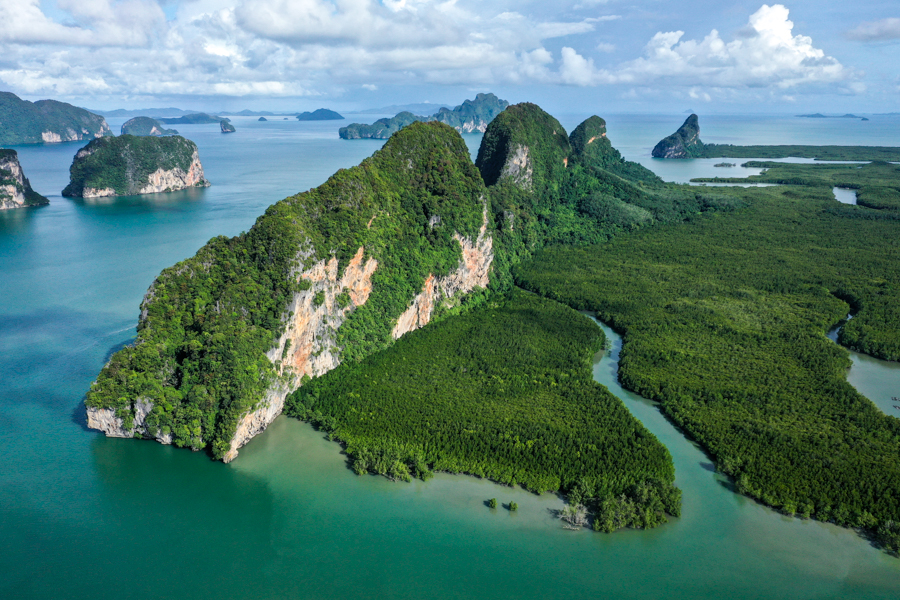 When you first arrive at James Bond Island, the boat will park on the back side of the main island (Khao Phing Kan) and then you can disembark and walk around on the island for awhile.

It’s a very unusual island covered with limestone hills, and the main attraction is the pointy balanced rock, which seems to float on the sea. Unlike other places in Thailand, the snorkeling isn’t any good at Phang Nga Bay because the water is murky and there’s no coral.

However, if you’re lucky, you still might see some wildlife here. We saw a hawk flying around, and later on we spotted a baby monitor lizard near the beach. We took a few pictures of him before he climbed a tree and disappeared.

Most Phang Nga tour packages give you 1 hour at James Bond Island, which is plenty of time to swim at the beach, see the famous floating rock, and attempt your best James Bond pose for photos. 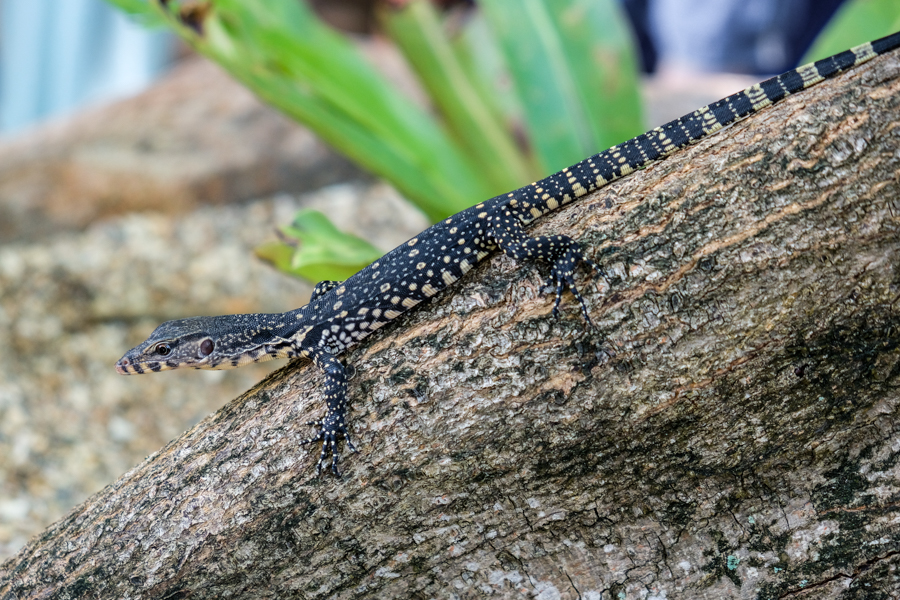 We saw a baby monitor lizard 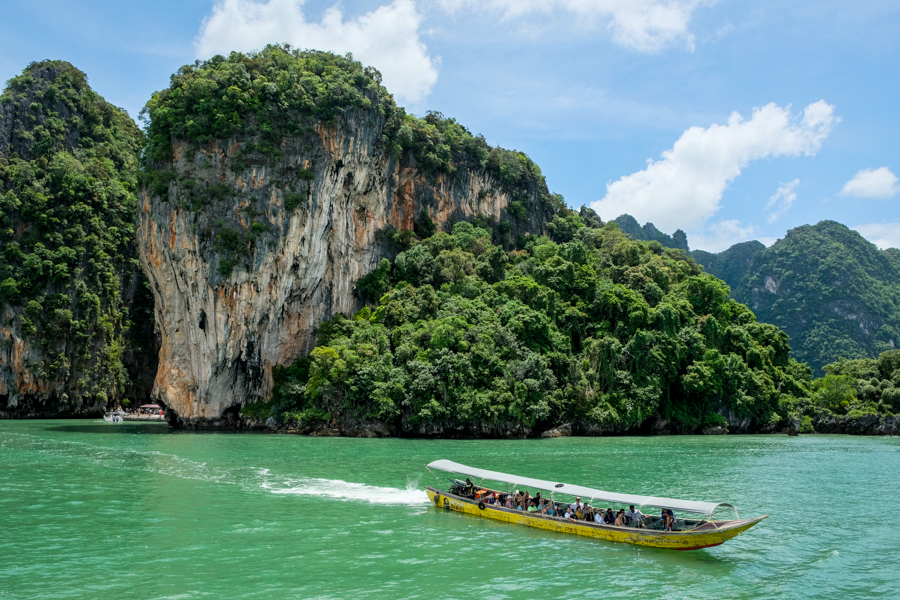 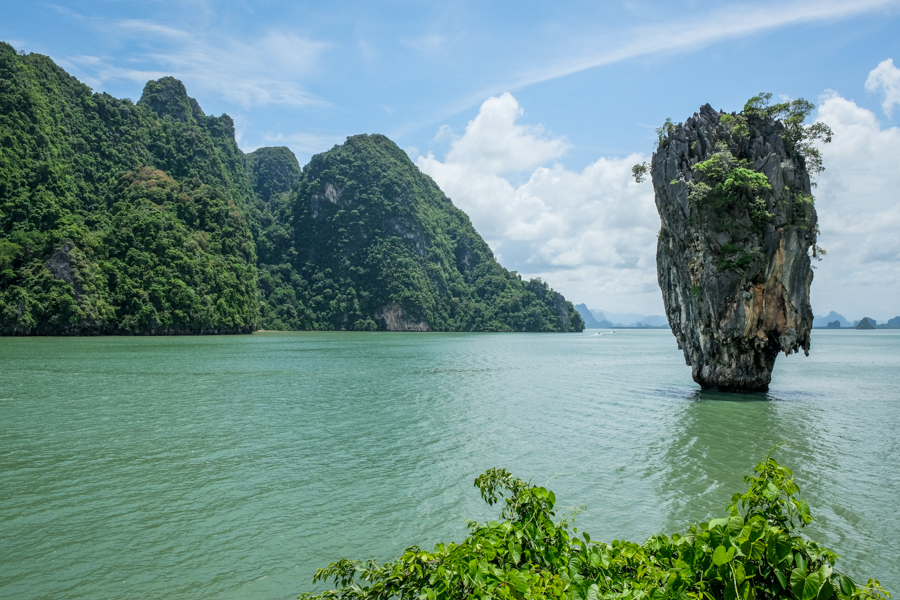 Of course, because of its scenery, this island has become one of the most famous spots in Thailand, so it’s very crowded with tourists at most times of the day unless you arrive early in the morning.

There are a bunch of makeshift souvenir stalls on the island taking advantage of this, but the prices are a bit higher than normal so it’s not a good idea to do any shopping here.

If you want to escape the crowds and take some nice pictures, you can walk up the concrete steps and there are usually less people at the viewpoints above the rock, while the area close to the beach always tends to be the busiest and most crowded part of the island.

James Bond Island was popularized and got its current nickname after being featured as the villain’s hideout in the 1974 Bond movie ‘The Man with the Golden Gun.’ The movie bombed with critics, but the location became a hit.

In spite of the crowds, we were happy to see that the island has been kept pretty clean, and we didn’t notice any garbage on the ground or in the water. Overall, it’s an amazing place and you have to see it at least once! 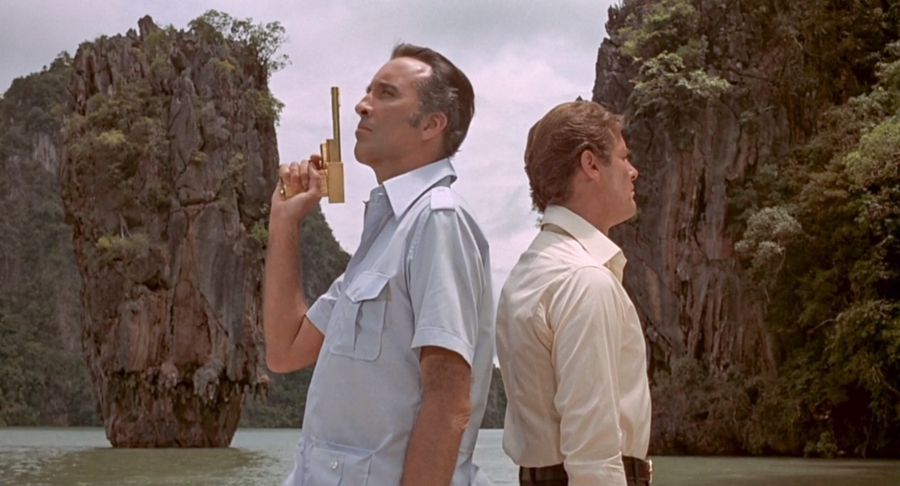 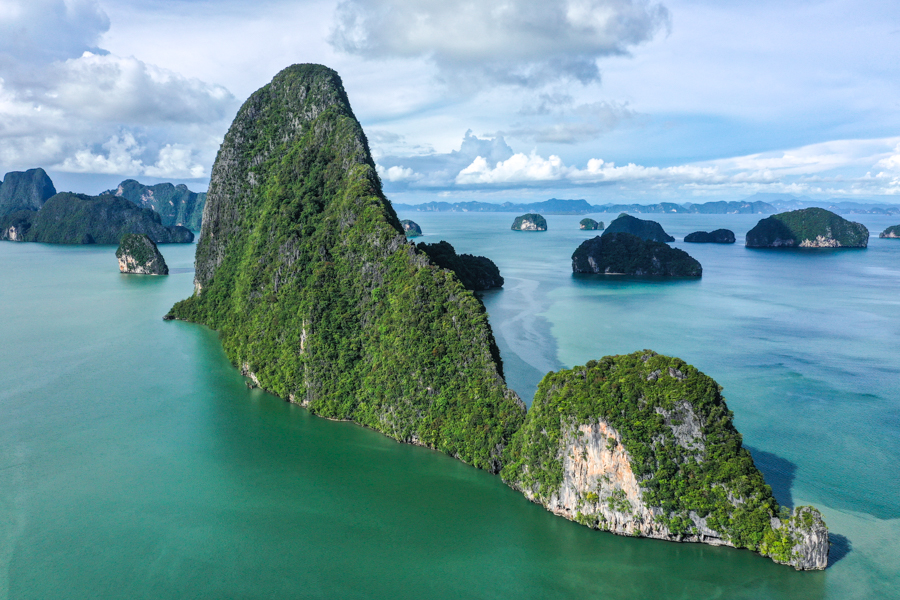 The majestic islands of Phang Nga Bay from above

Some Phang Nga Bay tours may already include these fees in the total price when you book, but usually you pay them separately in cash when you first start the tour, or else when you get off the boat at James Bond Island.

Here’s a list of some of the top sights in Phang Nga Bay. You can see most of these places (along with James Bond Island) in a single day tour: 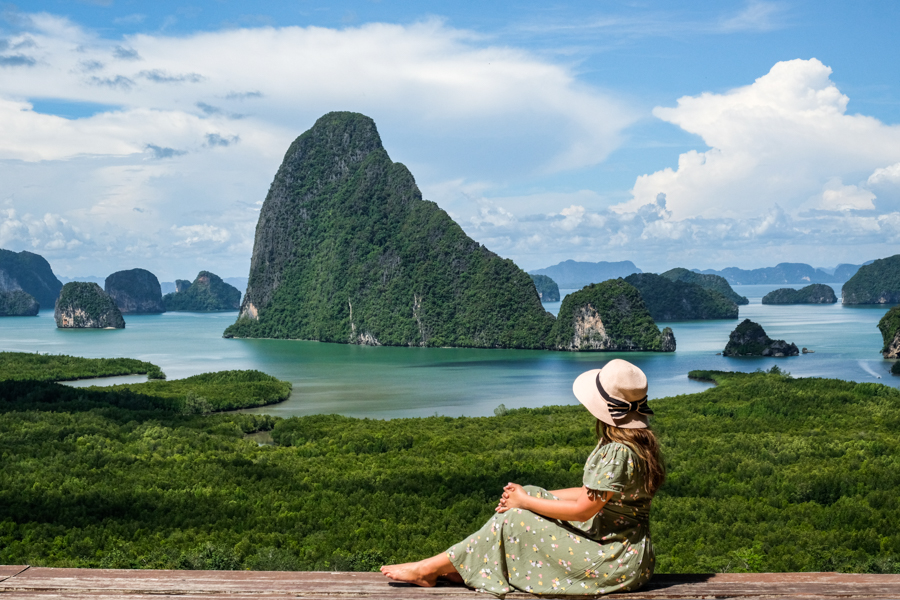 Samet Nangshe Viewpoint can only be reached by land (not on the James Bond boat tour), but it has incredible views of Phang Nga Bay.

Here’s a sample itinerary for what the James Bond Island tour generally looks like:

Keep in mind every tour is different, so your schedule may not follow this exactly. You can check with your tour provider about the itinerary before you go.

Yes, James Bond Island is OPEN for tourists as of 2023!

The Thai government likes to close some of their islands for conservation during the rainy season, but Phang Nga Bay and James Bond Island stays open all year. 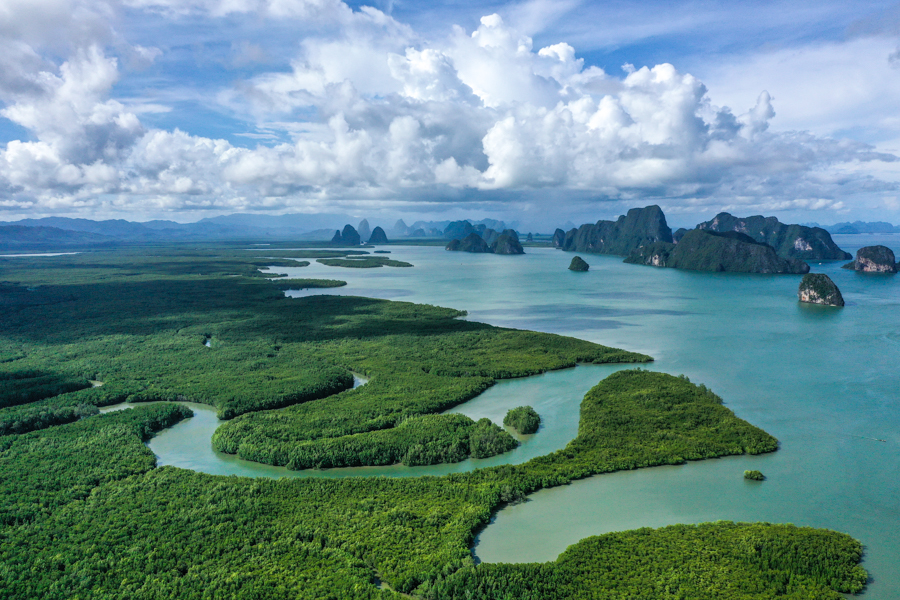 Any time is good to visit James Bond Island, although there are some seasonal differences.

The weather in the Andaman Sea area of Thailand (including Phang Nga Bay) is best from November to April, when it’s more dry and sunny. However, this is also the peak tourist season, so it’s a bit more crowded with day tours.

The weather is not as good from May to October. There are more rainy days, and there are frequent storms in the evenings. However, there are less tourists in these months and it’s still possible to have a great trip.

It’s very unusual for boat tours to be canceled at James Bond Island because it’s inside of a large bay that protects it from rough waves coming from the sea.

We witnessed some big storms in the rainy season, but these were usually in the evenings when we were back at our hotel, so it wasn’t a problem. Most of the pictures in this James Bond Island travel guide were actually taken in July, during the rainy season.

We’ve visited Phang Nga Bay in the dry season and also in the rainy season, on separate trips. In both cases, we had an amazing time and the weather was mostly great for weeks.

So in conclusion, there’s really no bad time to visit James Bond Island! 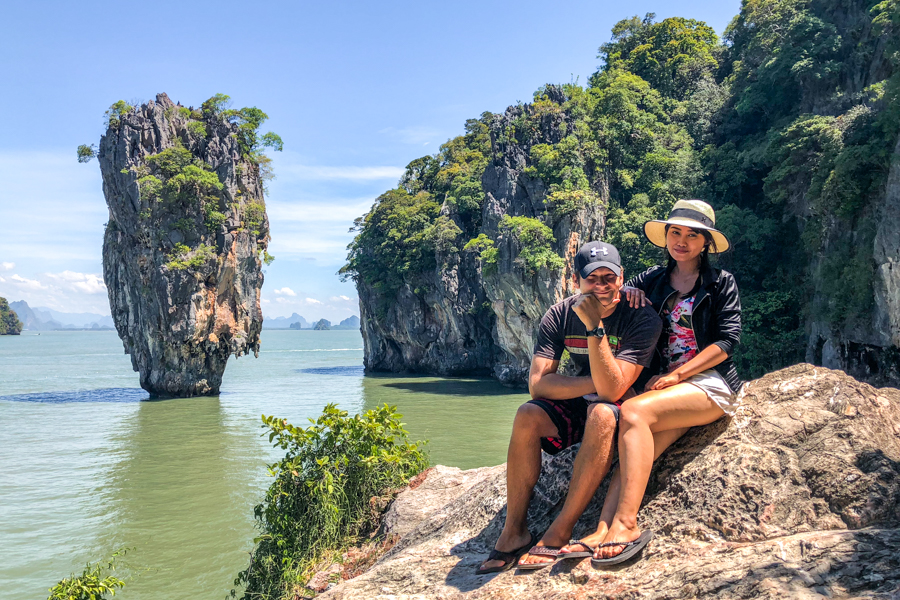 One of our first times visiting James Bond Island Thailand!

What To Bring To Phang Nga Bay

Here are some packing suggestions for your visit to James Bond Island Thailand: 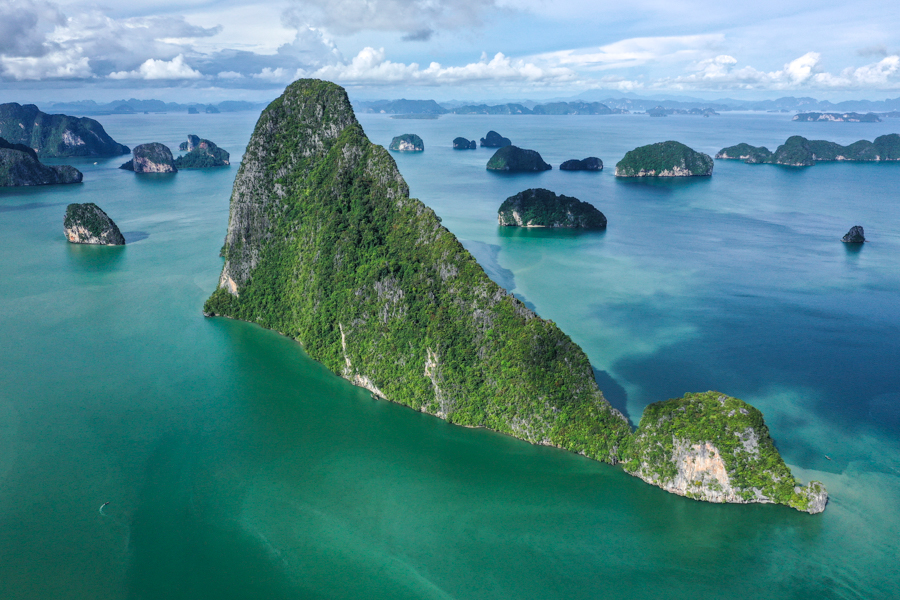 See the tiny boat in the bottom left corner?

Can You Fly A Drone At Phang Nga Bay?

Yes and no. Thailand is pretty relaxed about drones, and you can fly them in most of the islands, but you aren’t allowed to fly in the national parks.

That includes James Bond Island, which is patrolled by park rangers who will fine you if you’re caught flying a drone. They’re especially strict there, and the rangers are watching all areas of the island constantly.

However, if you’re discreet it’s still possible to fly from other locations in or near the bay. The best place to do this is at the Samet Nangshe Viewpoint, which has great visibility of Phang Nga Bay. You’ll still want to be considerate and only fly in places where it won’t bother people, of course.

Other Tips For Phang Nga Bay 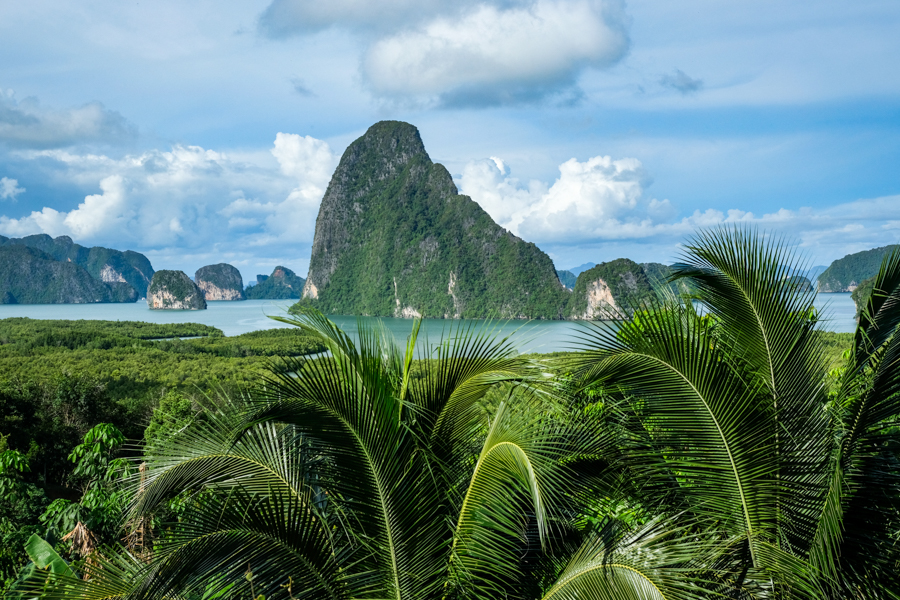 Phi Phi Or James Bond Island: Which Is Better?

So which is better, Phi Phi or James Bond Island? That’s an important question.

They’re both great, but I have to say Phi Phi island is better. No offense to James Bond island, but Phi Phi has the best scenery above and below the ocean, with clear blue water and lots of fish and coral to see while snorkeling or scuba diving.

There’s also more to see and do in Phi Phi overall. Even if you don’t care about snorkeling, it’s hard to beat Maya Bay, Pileh Lagoon, and the other epic sights in the Phi Phi islands. They are truly world class.

Don’t get me wrong, Phang Nga Bay is still amazing and you should definitely see James Bond island if you’re able. Try to see both Phi Phi and James Bond if you have time! 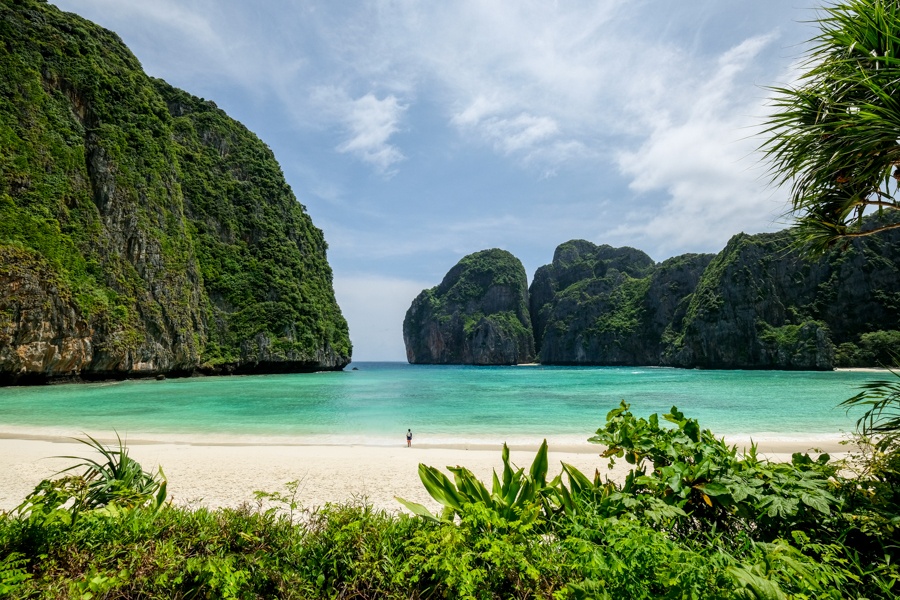 Is James Bond Island Worth It?

Yes, James Bond Island is absolutely worth it in my book! There is loads of amazing scenery in Phang Nga Bay, and the prices for everything are very affordable.

In spite of the crowds, this is still one of the best day trips in Thailand, and it’s very accessible because of its location between Phuket and Krabi. 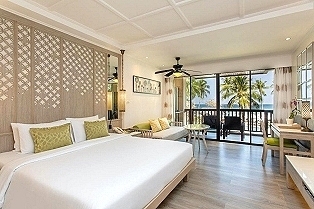 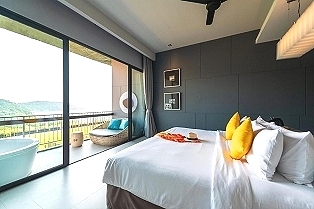 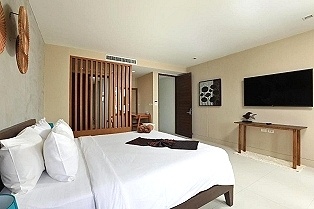 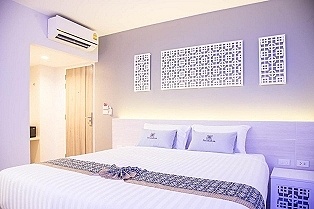 Thanks for looking! I hope you enjoyed this travel guide for Phang Nga Bay and James Bond Island Thailand.

Don’t forget to check out my complete Thailand travel guide for more tips on Phuket, Krabi, Koh Tao, and the other Thai islands.

Santorini Greece Travel Guide: Things To Do In Santorini Island